October 12, 2016 by William
Comments Off on World of Final Fantasy characters take over Shibuya Station

Square Enix is celebrating the release of World of Final Fantasy on October 27th with a one-week promotion in Shibuya Station.

From October 10th to October 16th, the six columns in the concourse leading up to the Keio Inokashira Line are decorated with Final Fantasy characters in 3D cuddly forms along with screens advertising the game. 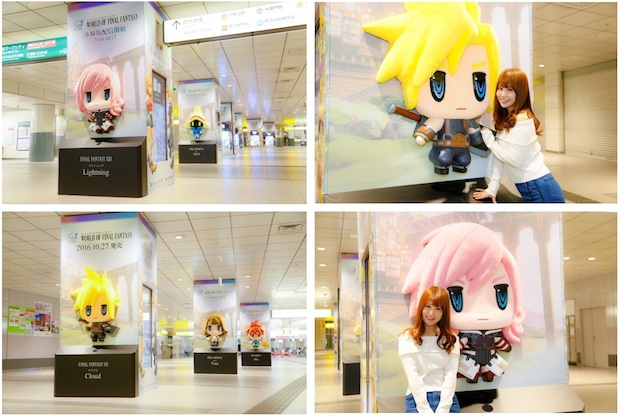 The six characters are Butz, Cloud, Vivi, Yuna, and Lightning, recreated in a super-deformed, caricature style. The column characters are touchable (even huggable), and also “speak” in the voices of the game characters. 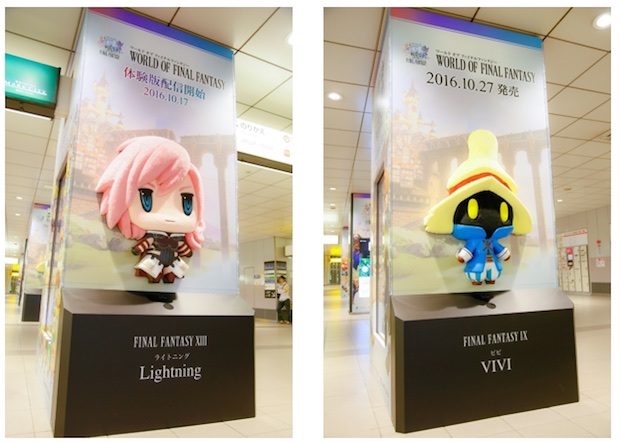 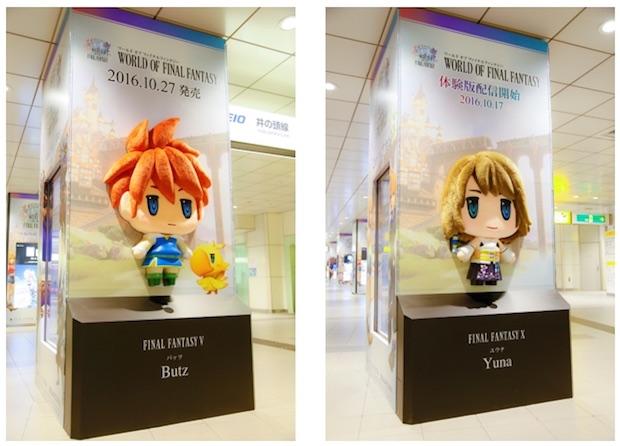 This same space in front of the Keio Inokashira Line ticket gates has been utilized in a similar way before.

The Sanrio Pompompurin “huggable” ads columns, first seen in Shinjuku, were installed again at the concourse in spring this year.

Likewise Shinjuku Station has become a regular choice for exciting interactive ads and billboards that are often related to games such as the Dragon Quest franchise. 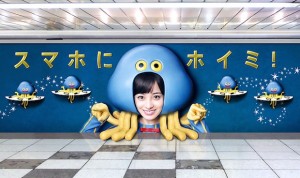 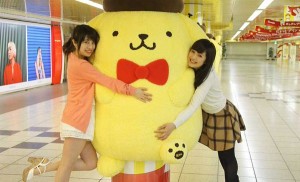