The Japanese language is a creative thing, not least due to its multiple scripts — kanji ideographs, and the syllabaries hiragana and katakana, plus there is distinctly Japanese use of the Roman alphabet. All of this means the language is a dream for copywriters churning out phrases for advertising and is one of the reasons why posters and ads — especially those inside trains — feature so much text.

Kanji and kana are visually complex, making them hard to learn in some ways but also a bountiful source of fun. Kids can also get a lot from playing around with scripts while at the same time learning.

One of the most famous is the Henohenomoheji “face” you can make with seven hiragana characters. 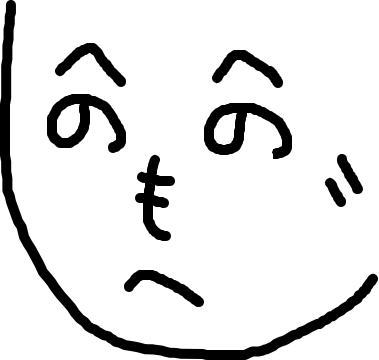 Now comes this Mojibakeru Kana, a series of animal shape toys that you can put together to form kana letters — and vice versa. The name comes from mojibake, which is the local word for garbled text, like when a computer file goes wrong and all you can see are lines of gobbledygook. 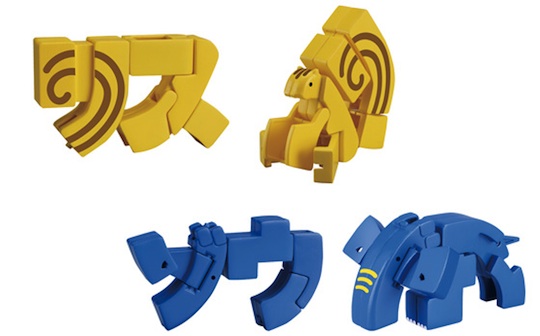 There are Bird, Monkey, Snake, Squirrel or Elephant versions. The separate kana shapes both spell out the animal’s name in Japanese, and then can be combined to make a typographical version of the creature. 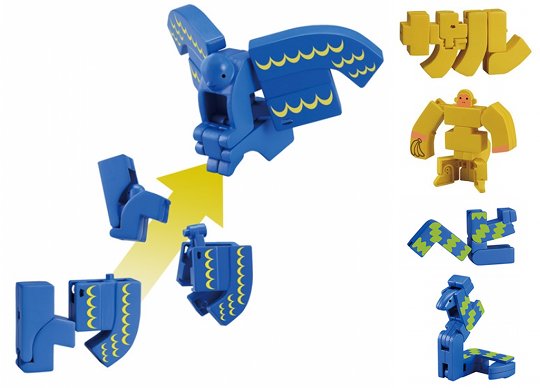 If drinks and manga are more your thing, then you make ice or chocolates in the shape of katakana comic book “sound effects” with the Manga Kori Comic Ice. 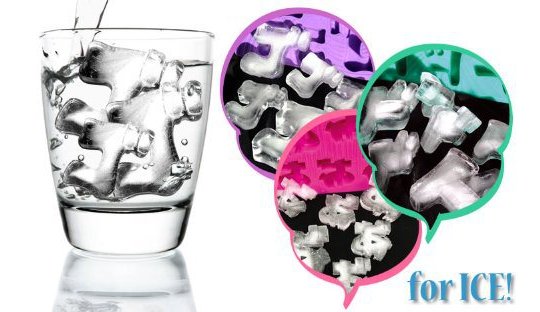 Finally, another one we also like that also uses sound effects is the Onomatopoeia Sound Karuta Card Speaker Game, which mixes audio with cards while testing your listening skills and vocabulary. 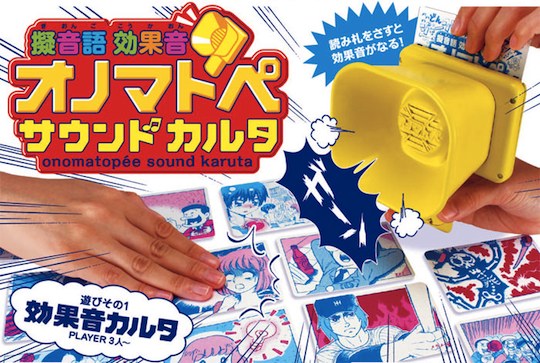 The “dealer” slots a card into the back of the included speaker, which then belts out the word, which is a sound effect you can find in manga. Grab the right corresponding card from the deck in front of the players to score a point! There are actually several games you can play, depending on the number of players, including quizzes to see who can make regular words by connecting different onomatopoeia sounds that the speaker barks out. 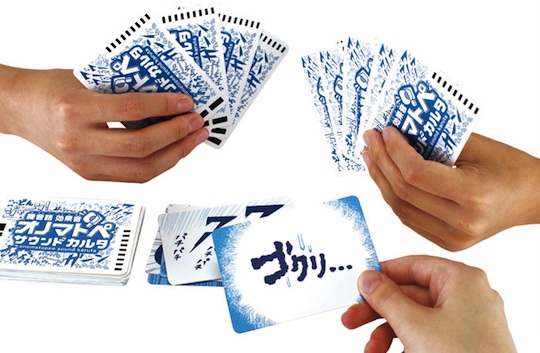 These kinds of toys are also great for anyone studying Japanese or who loves the language.