June 1, 2021 by Grigoris Miliaresis
Comments Off on A little help from the kami: Shinto amulets for social media

We have mentioned it before on this blog that one of the many things that surprise first- (and often second- and third-) time visitors to Japan is the coexistence of two religions, sometimes literally side by side: if you visit Tokyo’s oldest Buddhist temple, Sensoji, in Asakusa, you will see right next to it a smaller but also quite distinct Shinto shrine called Asakusa Jinja, where the founders of Sensoji are worshiped as “kami” — a concept close to what is called a “god” in the West.

It isn’t that the Japanese don’t care about religion. It is that they care in a way that allows for more than one approach to it. Shinto is more celebratory and more joyful; that’s why most of the festivals are related to Shinto shrines. Buddhism is more somber and despite not having exactly a “god,” people turn to it for help through difficult times, especially occasions that deal with death like funerals and memorial services. Each has its place and nobody would think twice about stopping for a quick pray at a Shinto shrine and then ten minutes later, stopping for another at a Buddhist temple.

One way both temples and shrines make ends meet (they are private, not state institutions) is by selling amulets, called “omamori,” which literally means “something that protects.” Usually they are in the form of a small fabric pouch containing a small piece of paper with an invocation or prayer but since the pouch is not to be opened, what counts for most people is the outside. And because the temples and shrines know that, they make them as fancy as possible with colors and designs that are somewhat related to the specific institution. Also, and this is pertinent here, they sell different ones, with different prayers for different uses.

The most common are road safety and academic performance — in Japan, as everywhere, drivers and students need all the help they can get! But recently, another type appeared that really reveals how big a part of our lives now take place online. They are called social media amulets (or in Japanese, SNS omamori) and are exactly what you think: divine help for things that happen on social media platforms. The set contains three that are supposed to ward off bad things and three more that are supposed to bring in good.

More specifically, the first three promise to keep away flames, trolls, and offensive responses to your posts (the Japanese use the imaginative word “kusoripu” for these, which combines “kuso” — meaning “shit” — and “ripu,” meaning “replies”) and blocks, while the remaining three guarantee to bring more likes, followers, and “buzz” — which means your posts becoming viral. Come to think of it, the talismans’ creators have indeed covered pretty much all the important aspects of social life online, positive and negative. And all this, despite the fact that they were not Buddhist or Shinto priests: these were initially sold as toys for the gachapon/capsule-toy machines.

It is no wonder they caught on and started being sold as a full set, though. People take their digital life very seriously and this isn’t just for social media not only from toy-makers: a shrine in Kanda, next door to Akihabara, Tokyo’s computer and electronics hub, sells omamori that you can stick on your computer or smartphone to make it less vulnerable to viruses, crashes, data loss, and so on. The shrine is Kanda Myojin, arguably one of the most important shrines in Tokyo, and introduced this “IT Information Safety Protection” 19 years ago and it’s still selling well today. Since these days, our social presence is more important than hardware, though, the social media omamori amulets are probably much more useful. You can, of course, find them at Japan Trend Shop and have them delivered to you anywhere in the world! 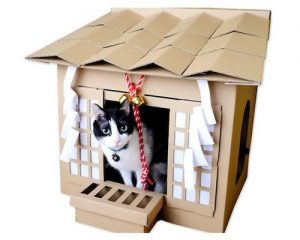 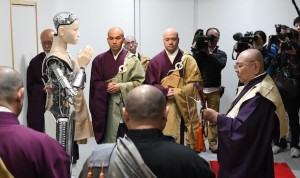 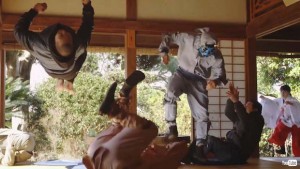