Ibaraki, the “most unappealing” prefecture in Japan, attempts comeback

Out of all forty-seven prefectures in Japan, which do you think is the most appealing?

Since 2006, Brand Research Institute has been conducting an annual survey, one of the biggest kinds in Japan, to make a ranking of all the prefectures in Japan based on their attractiveness. Survey participants are asked to answer questions on various factors that help determine how attractive and appealing a place is, such factors being its degree of recognition, its exposure, the impressions you have of it, your willingness to travel or move there, or purchase local specialties.

The top five prefectures come as no surprise. Hokkaido is once again awarded the title of the most appealing prefecture in Japan, the title it has owned since the research started. Kyoto comes in second, followed by Okinawa, Tokyo and Kanagawa. We would probably get the same list of prefectures (though the order might vary a little bit) if we asked the same question anywhere in the world.

In fact, it’s not only the top ranked prefectures that catch our attention. The bottom ones often become a topic for discussion as well. This year, Ibaraki made a “comeback” as the most unappealing prefecture in the country, jumping down from being 46th place last year. Ibaraki in fact had ranked 47th for three years in a row from 2009, which ironically made the prefecture famous as the most likely candidate to get the dishonorable title of the most unattractive prefecture in Japan.

What’s more, its reclaiming of the lowest rung comes only a few months months after Ibaraki launched a big campaign in July this year to promote itself, with the cheerful (or self-deprecating?) choice of Yoshimoto‘s two young comedians, Yuji Ayabe and Naomi Watanabe, both of whom are from Ibaraki.

So what do they do now? 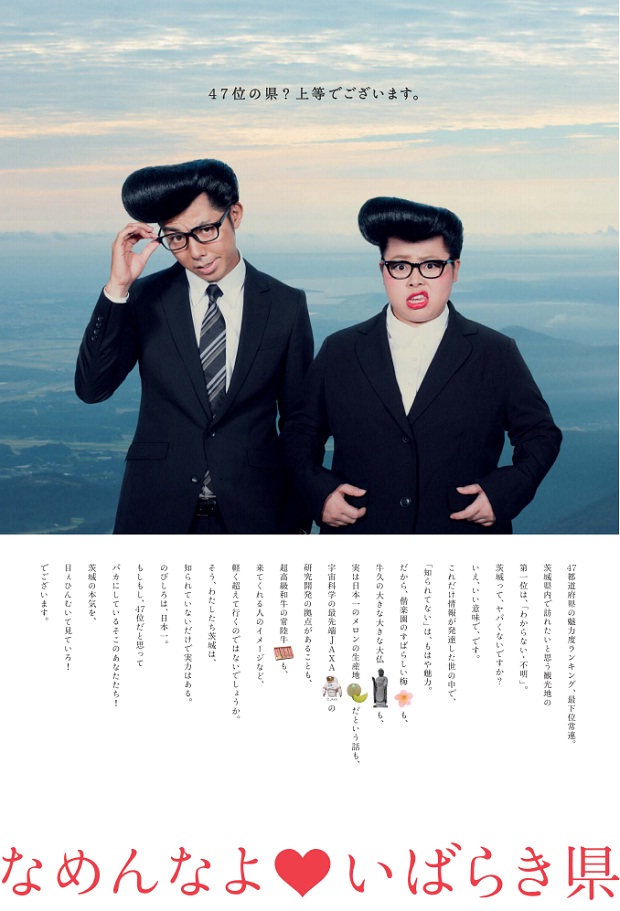 Don’t you (dare) look down on Ibaraki! says their new slogan, though the tone in the original is softened by the heart symbol in the middle. Ayabe and Watanabe are once again facing the desperate need to show what Ibaraki has to offer to the rest of the world, other than being the all-time favorite for a booby prize. 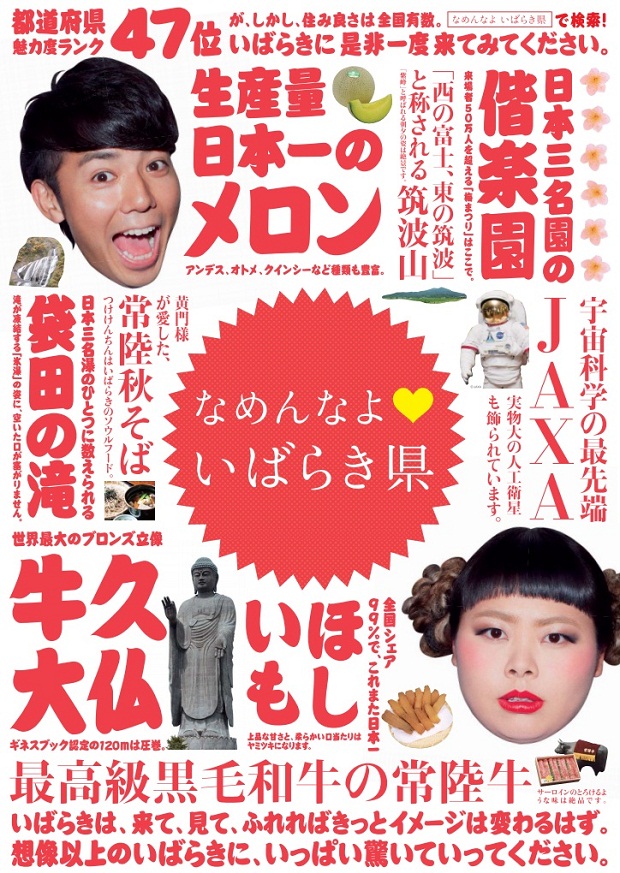 Located in the northern part of Kanto, Ibaraki has yet to prove its worth against its flashy competitors in the region. If Andes Quincy melons, Hitachi Autumn soba and Hitachi beef are not good enough, then how about a visit to Kairakuen Park or Fukuroda Waterfall? Japanese netizens seem to love the underdog spirit shown by this new campaign, and Ibaraki is already creating a big buzz on the web.

So far their new strategy is working just fine, but will they be able to make a jump up next year? Or the real question is, do we want to see them move up in the ranking? Already we are finding ourselves more and more attracted to this prefecture, so who cares if they climb a bit in the rankings?

As with anything, how we look at things means much more to us than the things themselves, don’t you think?

The Chinese Cultural Revolution... in a Tokyo restaurant. Or is it?