It must be really hard to be a smoker these days. I grew up in a household where smoking was a big part of daily disturbance. For example, my father used to be a heavy smoker and after every meal he would go out to the balcony to have his smoke. Because we were living in a small apartment, every time he opened the sliding door, we were directly hit by cold breeze during winter. In summer, the open door welcomed all kinds of bugs.

In public, he would often disappear every thirty minutes or so. On one occasion, he almost lost his daughter (my sister, that is), who was six or seven years old at the time, when he left her alone at the toy section of a big department store and went outside of the building to have a smoke.

Although I’m sure that the majority of smokers in Japan are much more responsible and know better than to leave their little kid behind in a building, they can no longer openly claim their right to smoke in public, at least not as much as they used to.

Japan Tobacco Inc. is very much aware of this anti-smoking trend, so they decided to offer a place online, Ippuku-hiroba, that is made exclusively for smokers. 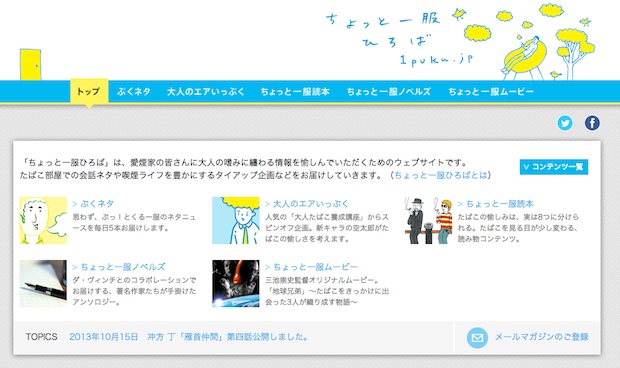 Before you enter the site, you need to confirm that you are over twenty and a smoker. Once in, there’s a chilled-out selection of content for you to browse while you enjoy a smoke (ippuku). 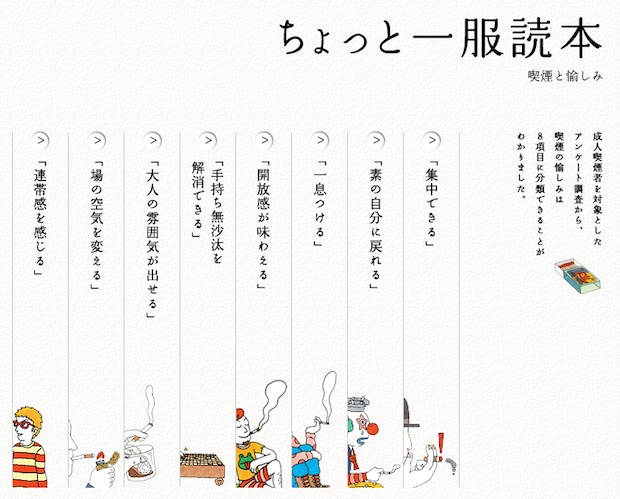 On the site you can then access a collection of short stories or movies to entertain yourself while you take a puff. Or you can educate yourself with some facts about secondhand smoke or the connection between smoking and lung cancer. Another section of the website called Puku Neta offers interesting articles about some of the latest trends in entertainment and lifestyle from all over the world, provided by RocketNews 24. The newly released comic strips series below might also help you relax while having a smoke. 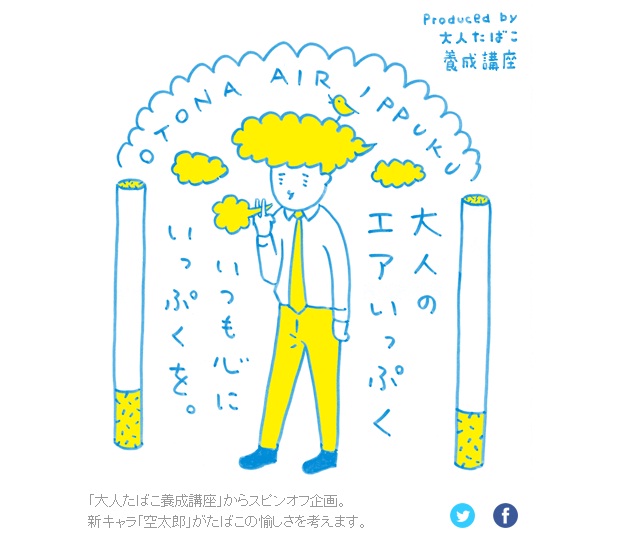 I don’t smoke myself, but I can easily imagine how smoking can help maintain mental balance. Cigarettes and alcohol has been an essential part of Japanese labor force, helping millions of workers get together, communicate with each other, release stress and most importantly get ready for another hour or day of work.

Another example of the Japanese tobacco industry’s innovative attitudes towards cooperating with smoking manners and the antismoking lobby has been to introduce spaces like Blue Windy Lounge in Shibuya (and now also beach resort Yuigahama), where you can pop in and have a cigarette. The staffed space is meant to encourage people not to smoke on the street but it’s not provided by a public health organization; it’s branded by Mild Seven. 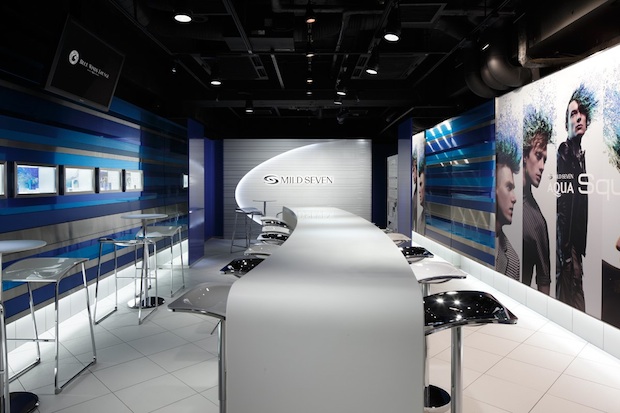 Plus do you remember the JT smoking manners posters? They can be found in stations and public spaces, and have a pretty chic design aesthetic. The English on them is also quite a good translation of the Japanese, even if as far as the copywriting goes, it’s hardly going to put a smile on Don Draper’s face. 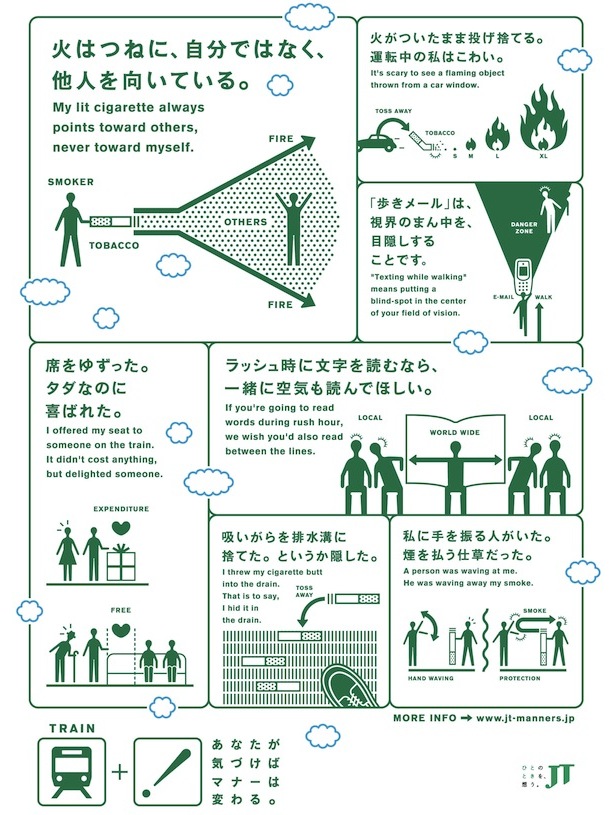 (Plus, there’s the whole controversy about why in the first place they even made the series bilingual, as if they are assuming that foreigners can all read English and they are likely to cause a nuisance with their smoking customs. But that’s another blog post for another day…)

The Backstreets of the (Japanese) Internet