The Twittersphere in Japan has been discussing this energy drink, snapped by @kinoww. Energy drinks are commonly found in convenience stores and drug stores, and are typically a favorite of tired salarymen looking to get through the rest of the day. But for kids? 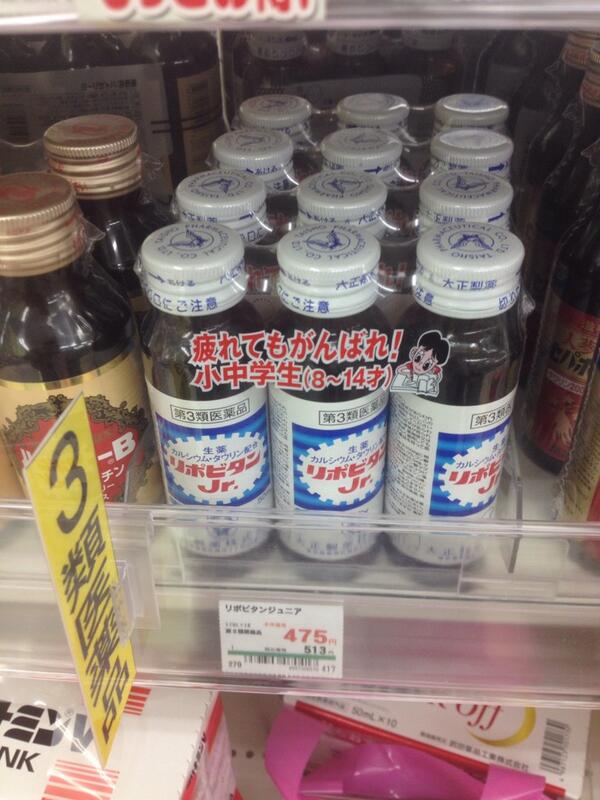 The copy on the package literally translates as “Keep trying your hardest even if tired! Elementary school students aged 8-14 years!”

The drink is Lipovitan D Jr, one of the long-running Lipovitan D drinks made by Taisho, which first appeared in the 1960’s. This “juniors” version is not new, though. It was first released in 2000 to get school kids buzzing vitamins. They even have a “kids” one for younger consumers. 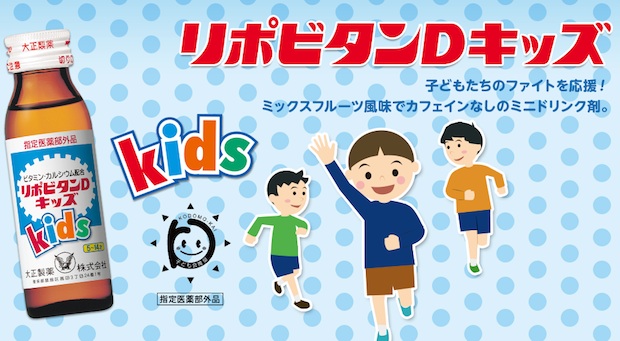 Karoshi is a major issue in Japan and so-called “black companies” have received a lot of bad press. The situation has become so chronic that “karoshi” (death by overwork) has become a word in English too and the worst offending corporations have even found themselves “winning” awards for not looking after their employees’ health.

And as we know, Japan, like other Asian nations, has a highly competitive entrance exams system for kids that sees them attending evening cram schools and putting in many more classroom hours than students in the west.

If they get too tired, a swig of this Lipovitan D Jr will help them get through the latest pile of homework and cramming for that test.

Depending on your perspective, it’s either brilliant marketing or a society gone mad!