Remember the Tamagotchi? You know, the digital pet from Bandai that was all the rage when it was first released in 1996?

It went on to sell 40 million units around the world but then the boom dried up. People stopped buying the quirky mini handheld “pet” console and the stock was left to collect dust in the Bandai warehouse. Another toy trend had seemingly come and gone.

But then Bandai tried again. It re-launched the Tamagotchi in 2004 and deliberately did not try to start a “boom” — typically a cardinal sin if you value your sales in Japan, which often seems to exist solely on micro booms of products or celebrities.

Instead, Bandai set out to target only female elementary school students, in contrast to the first generation of Tamagotchi, which were bought and beloved (for a while) by people of all ages.

The new series of Tamagotchi, with updated models released almost annually, were specifically catered to the narrower demographic and also enhanced the tech, including cross-device interactivity, such as with mobile phones. The results justified Bandai’s, by local standards, unusual scheme. Sales from 2004 to 2011 tallied in at 39 million — the tortoise, rather than the hare, but no one can disagree that this kind of performance is better for the long run.

The Tamagotchi revival has been seeded by events such as the yearly Tamagotchi Thank You Festa, which for the product’s fifteenth anniversary event attracted 20,000 visitors. Also, the Tamagotchi Department Store, first opened in Tokyo Dome in 2007 and then soon moving to the Serengeti of Japanese youngsters that is Harajuku, has played a big role in keeping interest in the series alive — and also providing a place for fans to come and congregate.

In the store you can get not just Tamagotchi models, but also Tamagotchi sweets, cuddly toys, clothes and stationery. Heck, it even offers Tamagotchi donuts! 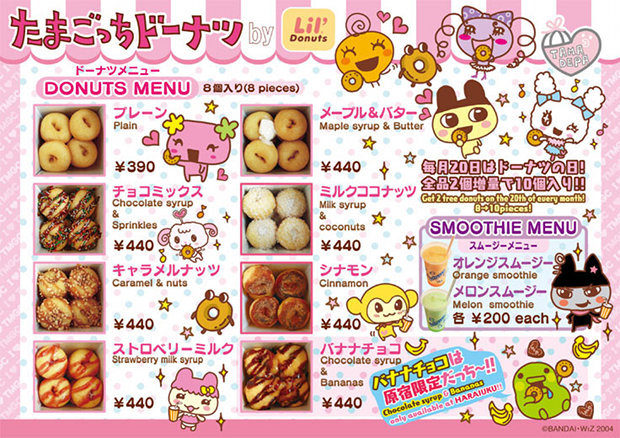 The bad news for overseas fans is that Bandai is not pushing Tamagotchi globally anymore, it seems, though at time of writing, the Tamagotchi iD L is available from the Japan Trend Shop for worldwide shipping.