2014 Club Diary: A planner for nightclub hostesses to keep track of customers

January 27, 2014 by Mina
Comments Off on 2014 Club Diary: A planner for nightclub hostesses to keep track of customers

Ligna, a company which operates a portal site of nightclubs and their employees across Japan, has released Club Diary, a 2014 planner that is specifically designed for nightclub hostesses. 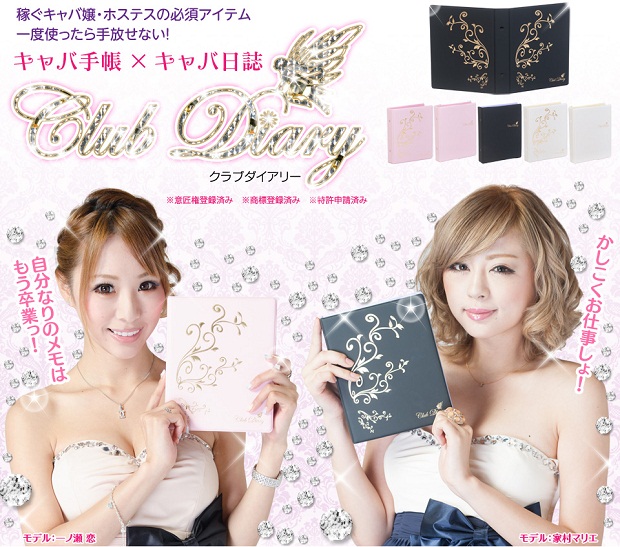 If Japan ever wants to boast about their hospitality to the outside world, they should do so in a manner that is open and fair to the people who work to serve their customers on a daily basis. This is certainly not exclusive to the most visible tourism industry which more or less defines Japan in the eyes of short-term visitors to the country. Of course, what they try to promote as a nation is free hospitality, which is said to be embedded in their DNA somehow, at least according to Christel Takigawa (in her speech to the IOC members) and others who claim that the Japanese are innately generous and kind. But doesn’t it degrade the act of serving people with paid hospitality and which I believe is what Japan is truly best at?

If there is such thing as free hospitality, it could very well be attributed to the arrogance of the served, not necessarily the generosity of the server, as often seen in the “customer-is-god” mentality of Japanese people.

Club Diary is one proof of the reality which reveals just how much we are paying to be treated like god. Unlike regular planners, it helps nightclub hostesses set their goals and keep track of sales — or how much they made per customer — which varies for specific service options, such as accompanying customers to their clubs (dohan), getting asked for by regulars or first-time customers, and the commissions they get for food and drinks ordered by guests. 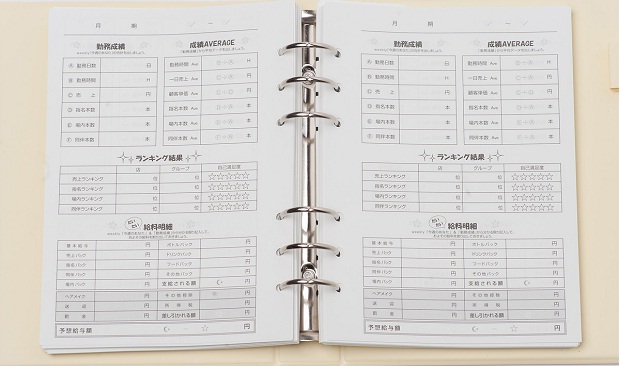 Even more useful feature is “Karte” where they can write personal information of customers and keep their business cards by inserting them directly in the pockets on each page. 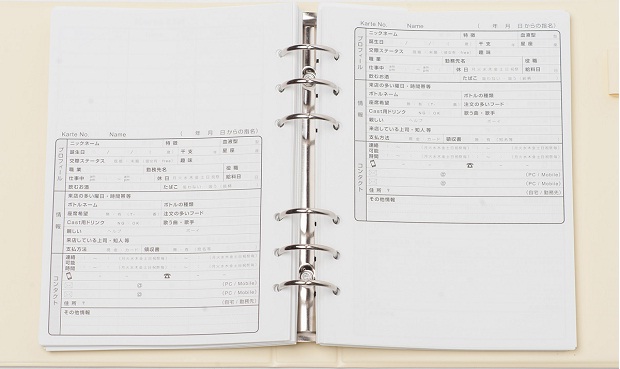 Club Diary is available in three colors and six designs, and is priced from 4,800 yen to 9,800 yen depending on the optional extras such as the above “Karte” or “Visitor sheet.”