November 24, 2015 by Japan Trends
Comments Off on Bombing at controversial Yasukuni Shrine

A public toilet near the entrance of Yasukuni Shrine was damaged on November 23rd in what appears to be an attempted terrorist attack.

The wall and ceiling of the toilet was damaged by the blast at the shrine, which was busy with worshippers for the public holiday of Labor Thanksgiving Day. 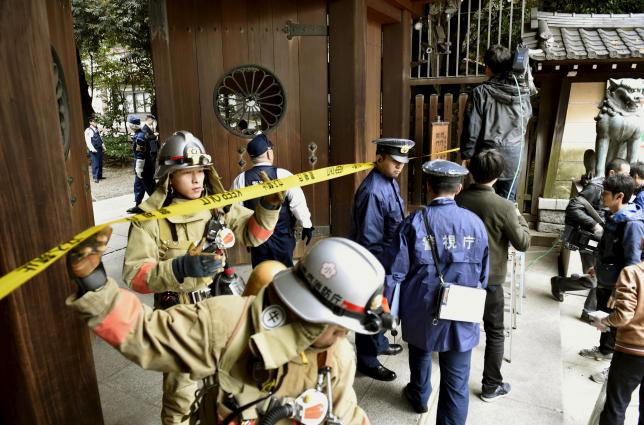 The bomb disposal unit officers were seen taking away the remains of a device.

The blast left a 30-centimetre (12 inch) hole in the ceiling of the mens washroom, public broadcaster NHK reported. Investigators found batteries and wire, raising suspicions that they could have been part of a detonator device, media said.

Police received the call at 10 a.m. (0100 GMT) from a person who heard the explosion and saw smoke inside the washroom near the main gate to the shrine, a police official told Reuters.

The media is labelling the attempted bombing as a “guerrilla” incident instead, avoiding the word “terrorist” (usually applied to overseas events). Japan has a long history of bombings, arson and terrorist attacks on its shrines, by Japanese radical groups and foreign activists. There was also a recent series of vandalisms with oil against shrines and temples, allegedly by a Christian radical. 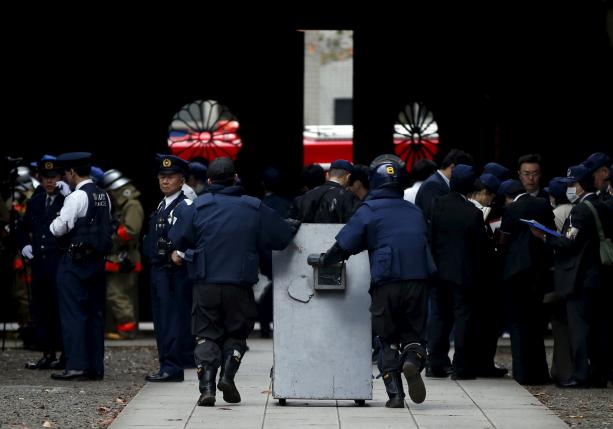 Yasukuni (literally meaning “country at peace”) is a shrine in central Tokyo immensely controversial because it houses the spirits of the war dead who fell in Japan’s wars from 1869 to 1945 — all of them, including imprisoned and convicted war criminals. The shrine also has a revisionist museum, which arguably distorts the history of Japanese imperialism and militarism.

As such, the shrine has become a symbol for Japanese ultranationalism and the ways the country has still not fully come to the terms with the legacy of the war and its empire-building in Asia.

The shrine has become particularly incendiary for Japan’s Asian neighbors, who suffered much during the days of the Empire of Japan, after former prime minister Junichiro Koizumi began making visits to the shrine to worship. Current premier Shinzo Abe has also followed his example, including a much-publicized visit in late 2013, but has restrained himself since to merely sending offerings. 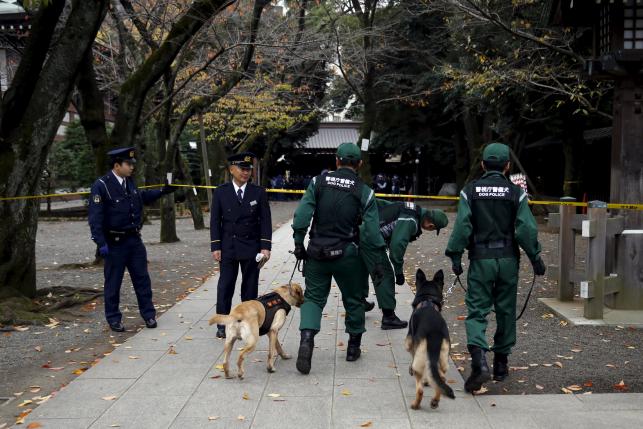 It is not a national institution — like all shrines, it is technically part of the private sector — but is treated by nationalist politicians like an official war memorial. Significantly, while the shrine had strong imperial connections prior to 1945, the Emperor has never visited Yasukuni. His father, Hirohito, did visit but even he, despite (or perhaps because) of being the monarch during the war, stopped doing so after 1975, allegedly because he was sensitive to Chinese criticism and disagreed with the enshrinement of the war criminals.

Foreign dignitaries never visit Yasukuni, opting for one of Tokyo’s official memorials instead. John Kerry and Chuck Hagel, for example, went to Chidorigafuchi National Cemetery in 2013. However, Justin Bieber accidentally embroiled himself in fresh trouble when he took a detour to see the shrine in 2014, not knowing what it was.

In December 2011 a Chinese citizen attempt to burn down part of the shrine. The man served a sentence in South Korea for throwing a Molotov cocktail at the Japanese embassy in Seoul. However, Korea refused to extradite the man to Japan for his Yasukuni crime as the courts interpreted his act as political, and feared he would not get a fair trial in Japan. 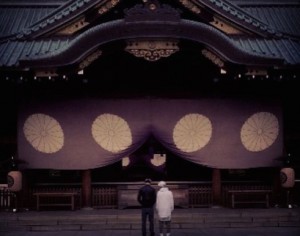 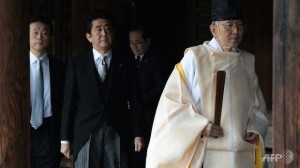 Tokyo Totem: a new guidebook for adventures in Japan's capital