Flash Mobs are taking over Tokyo

December 4, 2012 by William
Comments Off on Flash Mobs are taking over Tokyo

Flash mobs have been happening around the world for a few years now and they are finally starting to take off in Japan.

The recent Kawasaki Halloween cosplay parade included one, and Japanese cable TV company WOWOW has been organizing some surreal ones.

Actually, though, 2channel was apparently a pioneer of nascent flash mobs event before they got going in New York et al ten years ago. Then they took the form of 2channel’s large-scale “offline meetings” where users would gather in big numbers.

At any rate, these days there seems to be no holding back and lots have been springing up around the city. 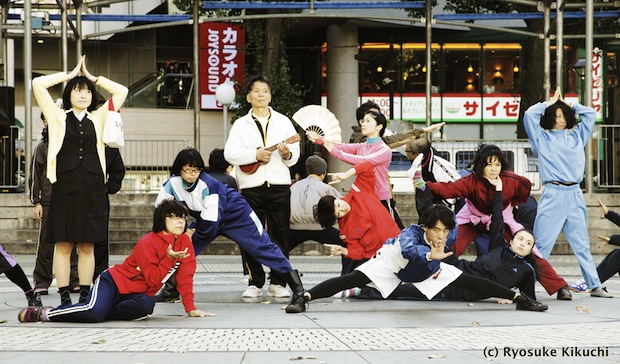 The recent Festival/Tokyo 2012 performing arts event also featured a whole series of flash mobs every weekend of the one-month festival as a satellite program to the main events. 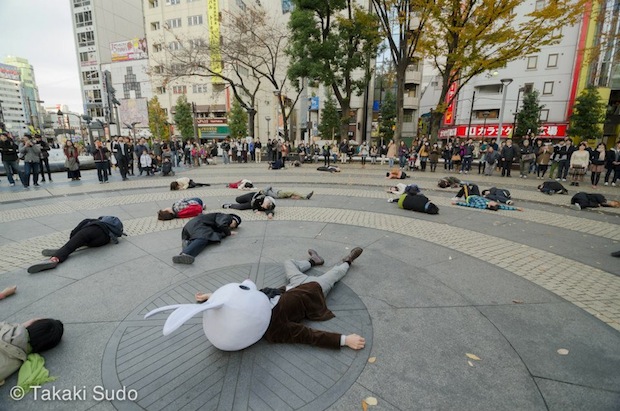 Each mob was choreographed by a different person and in a different style — hip-hop, pop, classical music etc — and involved dancers who’d rehearse ahead of time, and then lead the mob when it happened semi-secretly inside or just in front of Ikebukuro’s Tokyo Metropolitan Theatre. 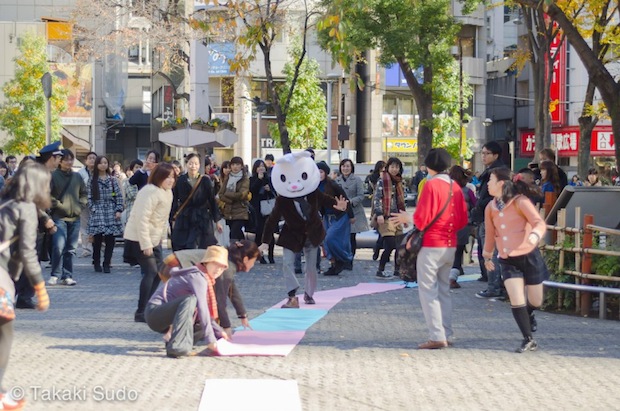 Members of the public — either random people who just happened to be in the area or people who’d heard about the mob on Twitter and come to watch — would then be enveloped into the chaos. 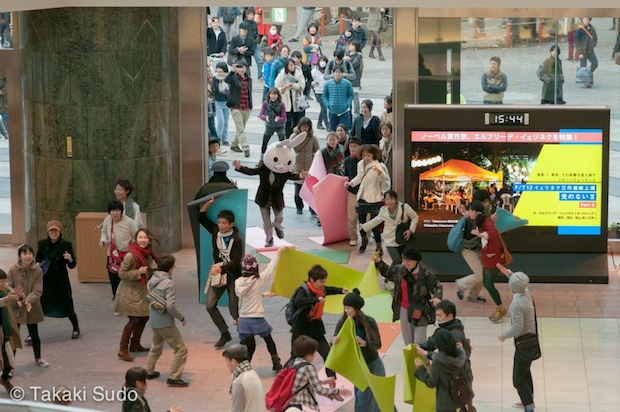 Also, there has been a lot of controversy recently about Osaka and other governments’ decisions to close down clubs that allow patrons to commit the terrible crime of dancing on the premises. As a protest against this inexorable stamping down on music culture, the Nija Iro Ninja events have been creating dancing demos in a more serious example of how the flash mob concept can be used.

Shake your Sony smartphone app to show your soccer support