September 17, 2012 by William
Comments Off on Guerilla Attacks Tokyo with Rain Artillery

Japanese summers are known for their sudden bursts of thunder storms. We’re no meteorologists but surely all the humidity must have something to do with it, plus the trapped heat in the asphalt jungle that is almost every city in Japan except perhaps Kyoto. 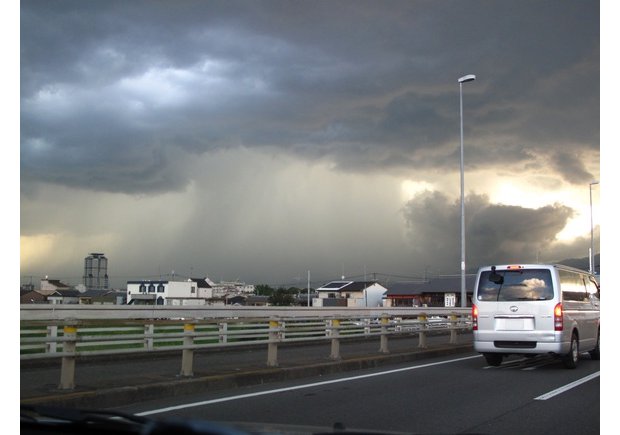 The term actually first appeared in textbooks as far back as the Seventies but has recently become a buzzword, and as always swiftly overused by everyone you meet as if they knew what it meant all along.

Well, late August and early September (ahead of typhoon season) had a particularly spectacular display of guerilla rain, including this example. The photo was taken from the new Tokyo Sky Tree in the east of the city and seems to show the gods being particularly brutal in a weather attack on just one section of the metropolis. 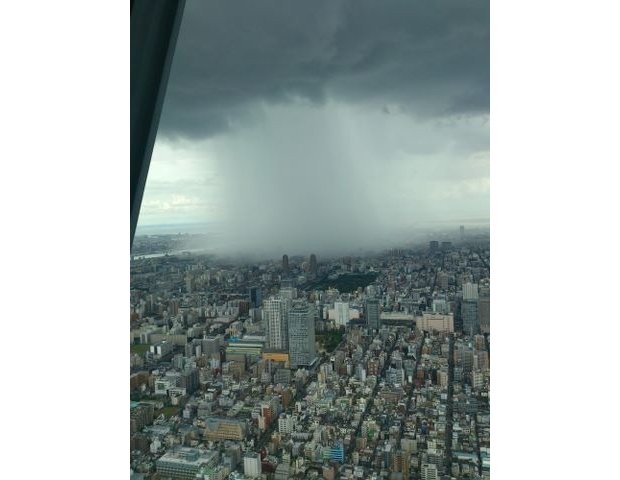