What happens when the eroticism of Kabukicho meets the tech boffins of robotics industry and the cosplay and otaku cultures of Harajuku and Akihabara?

You get the Robot Restaurant, built at a reputed cost of 10 billion yen ($130 million).

We’ve had Gundam Cafe, the Evangelion Karaoke Room, a Evangelion Lawson convenience store… heck there was even a model railway hotel room. And now we have this. But how to describe it? 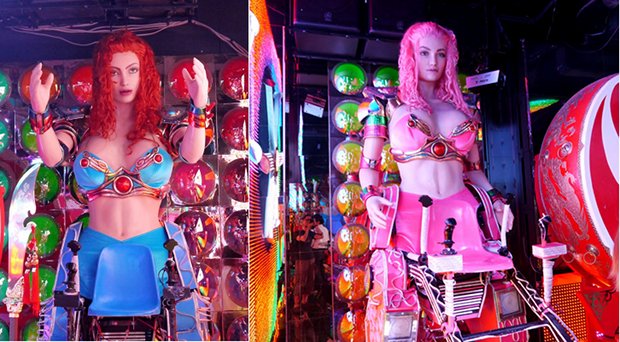 Kind of like the leftovers from an unfinished Mad Max sequel, these scantily clad ladies ride around on large “robots” for pseudo-idol performances, only without much singing or dancing.

Following its opening over the summer, the Robot Restaurant has proved so popular that the charge has now increased to a whopping ¥4,000 yen ($50). Each “show” lasts around one hour and is held three to four times a day. Heck, it’s cheaper than Vegas, maybe?

We do like the nod to traditional Japanese theatre (namely Bunraku puppet theatre) with the stagehands dressed in black (kurogo), since officially they are “not there” as they arrange the set. Actually the whole affair has an air of Kabuki (appropriately for its location) or Gekidan Shinkansen — high octane, utterly superficial and silly, and yet kind of entertaining as well. 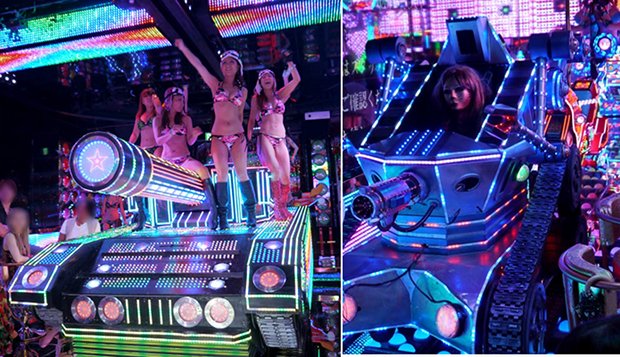 There is also an interesting list of types of customers who will be turned away at the door. It includes host and hostesses (or other people working in mizushobai industry — a large amount of whom ply their trade in Kabukicho), as well as cosplayers and otherwise “unusually” dressed people, and even “pushy” personalities (presumably to protect the performers). (Plus you cannot watch the show wearing sunglasses.)

This is intriguing since the concept of the restaurant is definitely Akihabara and Harajuku subcultures, mixed with the naughtiness of Kabikicho — and yet all the genuine minions of these domains might not be allowed in to see the results!

We haven’t been ourselves yet and we wonder how longer this place will be around… but we’re tempted. 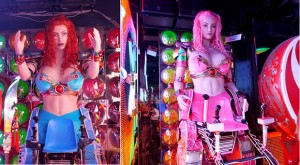