Iwao Hakamada, on death row for 48 years, is freed

Yesterday an extraordinary thing happened. A man who had been in prison since the 1960’s finally went free after nearly five decades behind bars for a crime he almost certainly did not commit.

Iwao Hakamada, a former boxer, is now 78 years old and walked unsteadily out of the detention center, the 48 years of imprisonment clearly having had a great impact on his physique.

Hakamada was accused of murdering a family of four. He was arrested in 1966 for the arson, robbery and the murder of the family of his boss. Police found blood-stained clothes, extracted a confession from Hakamada, and he was sentenced to death in 1968.

Supported by his sister Hideko and many others, Hakamada maintained his innocence, though the Supreme Court rejected his final appeal in 1980, thereby sealing his fate to either die in prison or at the hangman’s noose. However, doubts about the case persisted and he was never executed.

A district court in Shizuoka Prefecture ordered Hakamada to be released so he can stand for retrial, and he finally walked free (but not yet cleared) yesterday. The court found that DNA tests indicates that original investigators falsified evidence. 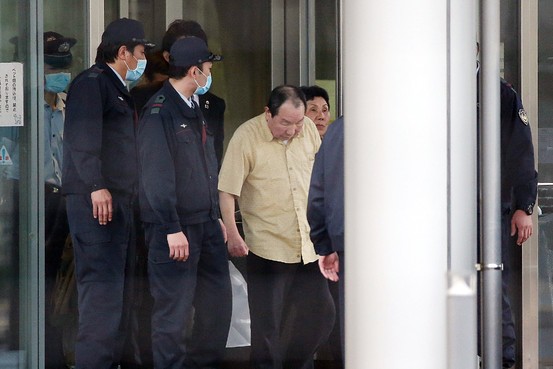 Hakamada was believed the be the longest-serving death row inmate in the world. He now suffers from dementia. Following the Govinda Prasad Mainali and Toshikazu Sugaya cases, this is another blow for Japan’s much-criticized justice system, which relies heavily on confessions and has a dubious 99% conviction rate.

Confessions are written by police and then signed by the detainee after weeks of 12-hour interrogations with no lawyer present. Even if, as in Hakamada’s case, the suspect then withdraws their confession, in court the original police statement still stands and overrides any further testimony they give.

This practice has been immensely criticized and shown to be flawed, since Hakamada, Toshikazu Sugaya and Kazuo Ishikawa all “confessed”. Another similar case is that of Fumiaki Hoshino, a political prisoner serving a life sentence based on the “confessions” of purported “witnesses”, all of which have refuted what they said to the police.

The conditions of death row in Japan — Japan is one of the few remaining major “democracies” that keeps the death penalty — have also been criticized by international bodies. Prisoners are literally unaware that their sentence will be carried out until the final moments. This means most spend years, sometimes decades, never knowing if the next hour will be their last.

Kabuki Face Pack improves your skin, turns you into a stage performer