November 5, 2014 by William
Comments Off on Neo-Kotatsu: Kotatsu Parka shows the (wearable) evolution of the Japanese heated table

Winter is coming and it’s time to get cosy inside the kotatsu, the traditional Japanese low table with a large blanket and heater underneath. The kotatsu can be a homemade contraption with a regular table, futon and space heater — or they might be purpose-built models with the heater integrated into the table and radiating very snuggly through the futon.

But how about the kotatsu as a fashion item?

Hatra has created a “kotatsu parka”. The new product went on display recently as an example of a wearable “neo-kotatsu” from Kori-Show, by Itochu Fashion Systems. 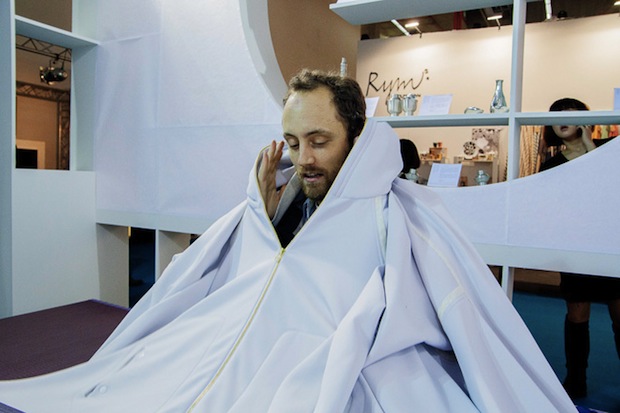 It uses four parkas integrated with “kuronos knit” water-repellant materials and connected by zips so you can climb in and out easily. You can attach it to a low household table, either round or rectangular.

While kind of like a heated version of King Jim’s visionary Wearable Futon Air Mat, it means several people can huddle in and keep warm in the winter but also retain your personal space. 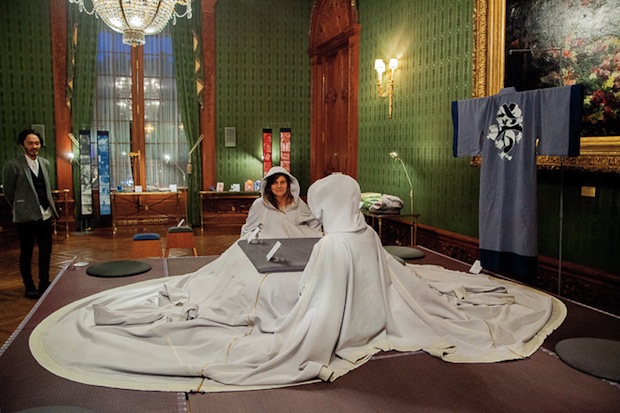 The designer from hatra said he was inspired by train seats and also wants to make a similar massage chair in the future. He has been developing the wearable kotatsu idea for a while, since Spoon & Tamago also reported on a prototype version in spring last year. 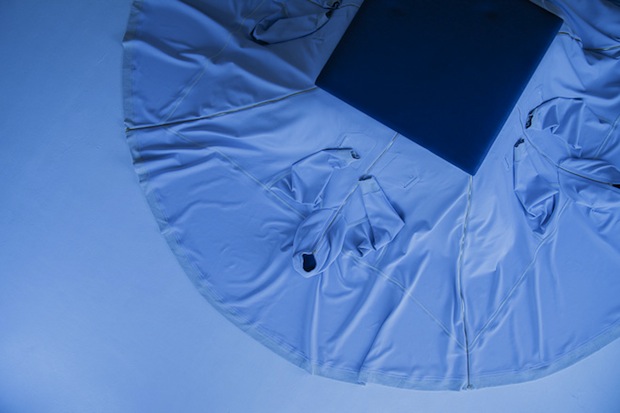 For some reason Itochu Fashion System thought the best way to advertise a Japanese item of furniture was to get foreigners to try it out and pose for publicity photos, but even so we like the look of the “wearable kotatsu“. 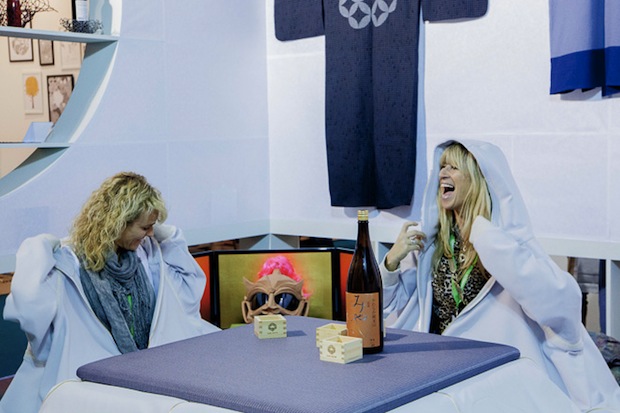