February 27, 2015 by William
Comments Off on New documentary examines changing face of Shimokitazawa, 2003-2014

Shimokita: 2003 to 2014 is a new documentary charting the changes in the landscape of one of Tokyo’s best-loved areas.

Located just west of Shinjuku and Shibuya, Shimokitazawa (aka Shimokita) is the site of a major redevelopment plan, which is protested by residents. 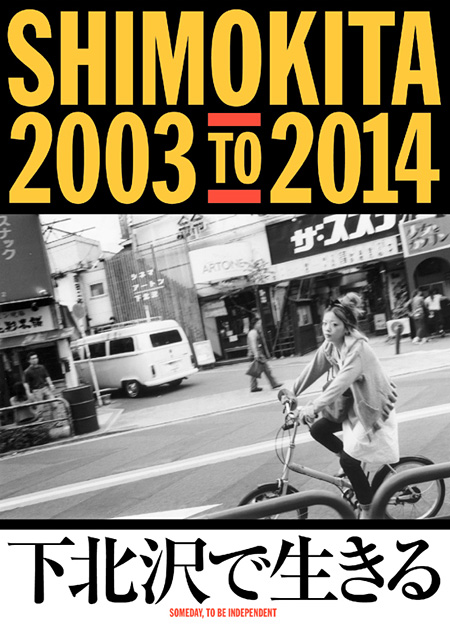 Long a charming chaos of two overlapping train lines and multiple railway crossings, the controversial redevelopment of the station into an underground complex meant we had to say goodbye to some of the most atmosphere arcades and shops and restaurants around the Odakyu railway line. Needless to say, this land won’t be turned over to public use when there’s a buck to be made. 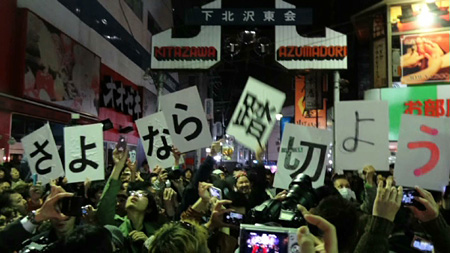 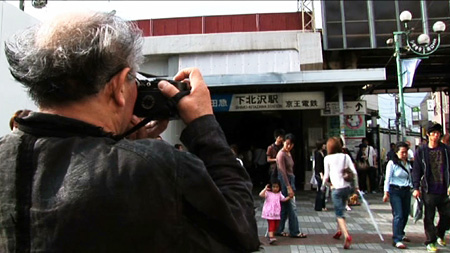 There have been other redevelopments, such as the large commercial building erected behind the station, full of the generic chains that can be found anywhere in Japan.

It is all connected to a wider, long-dormant local government redevelopment project that, its detractors say, will turn Shimokita into a calm suburban district like nearby Kyodo. Nice for land prices and real estate agents, but not for counterculture. Route 54 will be extended and Shimokita’s trademark narrow alleyways face “rezoning”.

Shimokitazawa is the center of Japan’s fringe theatre scene and is also home to many music venues. Like Ura-Harajuku or Koenji, the neighborhood is a warren of independent shops, restaurants and bars. That being said, there is plenty of chic outlets for the discerning shopper and cool hang-outs for the fussy hipster. Nonetheless, there is a tangible buzz on the streets which you cannot find in major developed centers like Shinjuku or Shibuya. 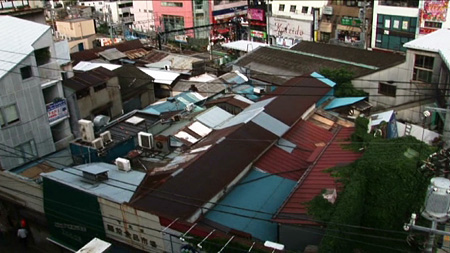 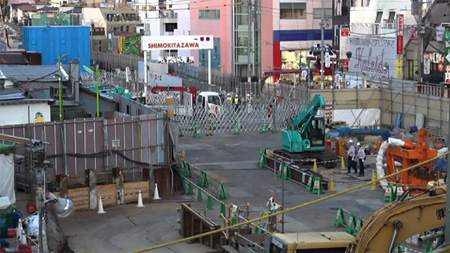 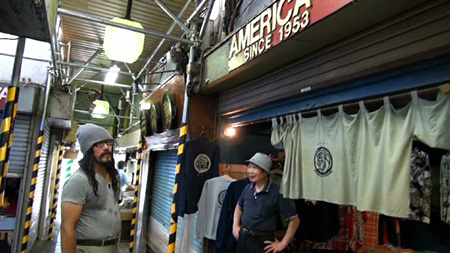 The 95-minute documentary follows the progress of the redevelopment plans and other contributions to the Shimokita cultural scene.

Take a long look at Shimokita, since it won’t be the same in the near future.