July 2, 2015 by Japan Trends
Comments Off on Create your own PythagoraSwitch Rube Goldberg machines

PythagoraSwitch is an educational NHK TV show about science and engineering. It has inspired a generation of youngsters (and dads) to try building and figuring out how things work. It’s unashamedly geeky but also creative, since the contraptions showcased in its most famous segment are essentially “useless” Rube Goldberg machines.

Of course, PythagoraSwitch has spawned a thousand imitators at home: families and kids building intricate routes for balls to travel across.

But now you can add the official NHK touch to your homemade devices with the PythagoraSwitch Goal Machine No.1. 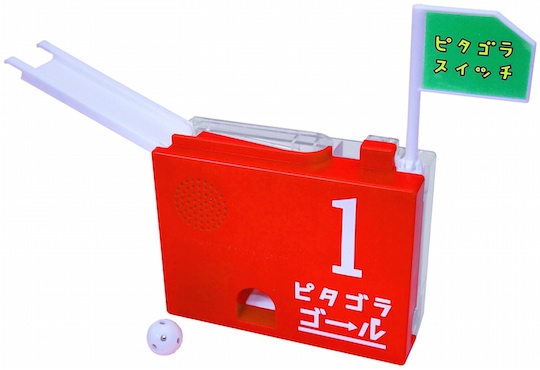 Happinet has teamed up with NHK to make this toy, which replicates the feel of the original show.

When the ball enters the “goal machine” the green PythagoraSwitch flag is raised and the iconic jingle from the TV show is played. 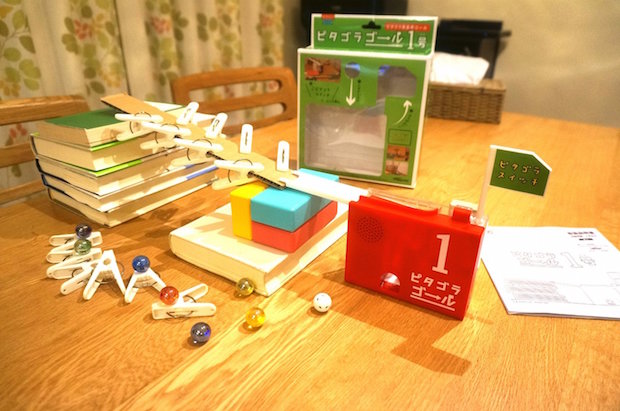 For the engineering buffs, here’s how the inside of the goal machine itself works. 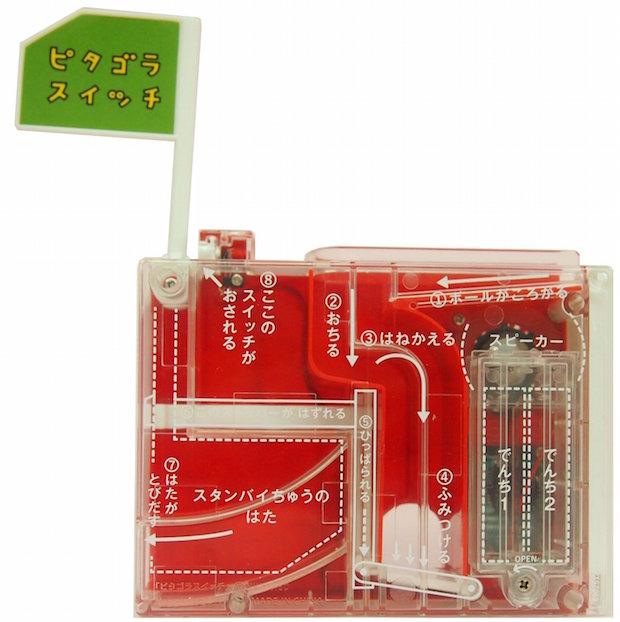 And here it is in action.

The makers prepared more examples of the kind of elaborate contraptions you can create.

Here is one involving laundry pegs and a bridge.

This one has a tunnel, Jenga blocks and more!

This one has a mini whiteboard, chopsticks, and even a toy bus.

Finally, this ingenious design starts with a vibrating cellphone causing the ball to roll… and then keeps on become more and more elaborate.