The Shibuya club and “party salon” Trump Room is to close on July 13th with a four-day party.

Loved and loathed seemingly in equal measure, it is undeniable that Trump Room is (or now, was) a major presence in the Tokyo nightlife scene.

With its chandeliers and glitterballs, the club’s interior is strikingly glitzy and chic, though the jury was always out whether this was just posturing without substance. 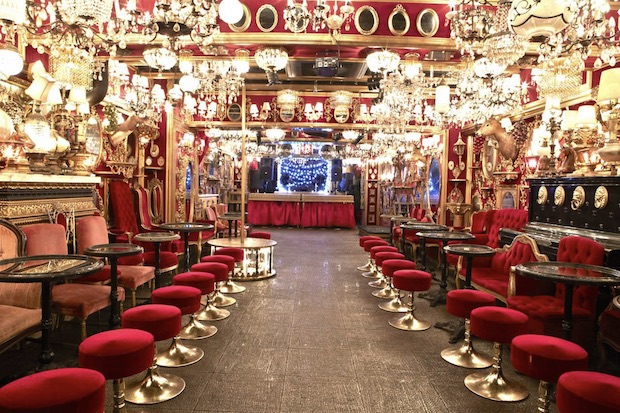 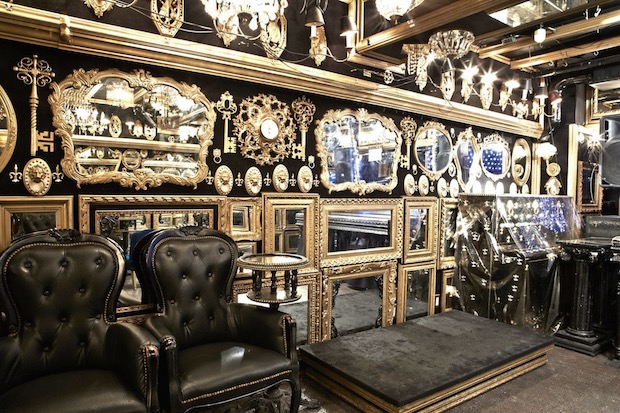 Opened in 2007, the club was a popular choice for outsiders looking for an iconic representation of the Tokyo nightlife. It was featured prominently in the episode of acclaimed HBO drama series Girls that took place in Tokyo as well as a music video by the Black Eyed Peas. Locals also found the venue appealing and it was used as a filming location for the Mika Ninagawa movie Helter Skelter. 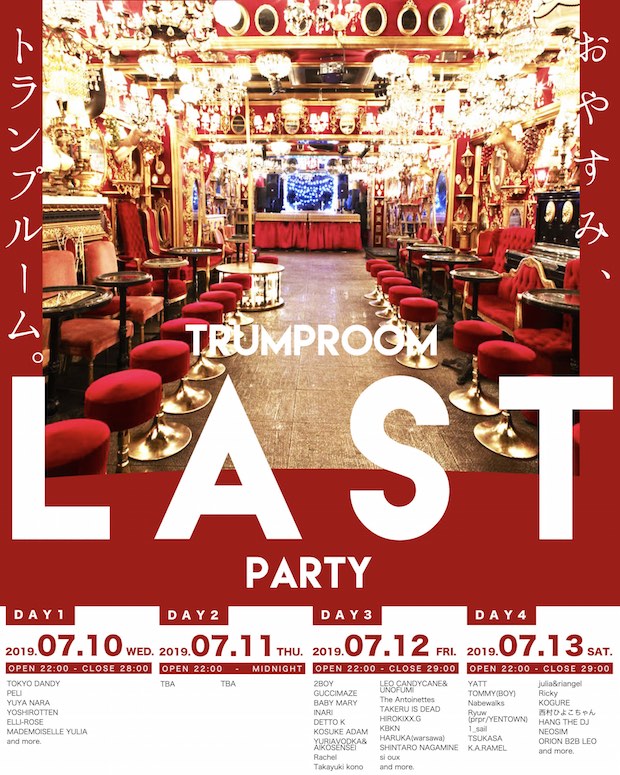 Following the closure of other major nightlife spots like Aoyama’s Le Baron de Paris in 2015 as well as much-loved music venue SuperDeluxe in 2018 and the crackdown in recent years on clubs in the city due to “no-dancing” regulation, the capital seems to be undergoing something of a generational shift in its drinking and music establishments.