A Japanese tabloid has published a June 2008 picture of Shinzo Abe, president for the second time of the opposition Liberal Democratic Party, showing the politician alongside former Arkansas Governor Mike Huckabee and Icchu Nagamoto, a reputed Yamaguchi-gumi gangster who was recently arrested.

Abe, the former prime minister (2006-2007) who is tipped to beat the grossly unpopular current premier Noda whenever there is finally another election, has denied the allegations that he is in bed with the mafia.

Well, that’s Abe in the middle there with his trademark smirk. He is flanked by at least one shady character. 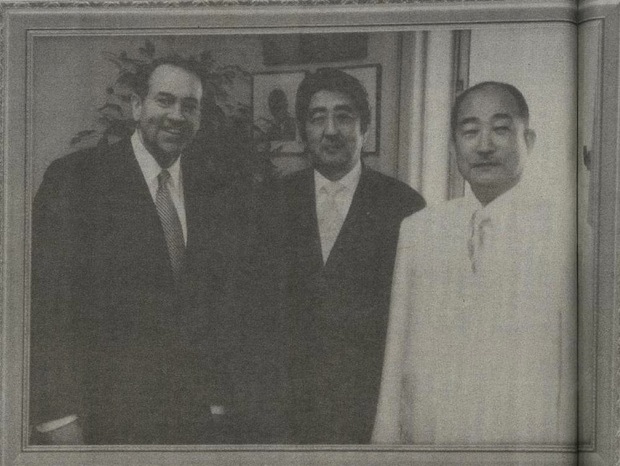 Abe is also an outspoken nationalist and a potential victory for him and the LDP would likely only make all the recent brouhaha with China, Taiwan and Korean over territorial disputes even more sulfurous than at present. Though Noda gives off an appearance of the otiose bureaucrat, at least he has seemingly done his best to curb the escalatory and inflammatory pronouncements of Tokyo Government Ishihara through quiet diplomacy.

However, much of the attention on Abe so far has focused on his tendency to have super expensive curry lunches, a habit which has irked the Japanese web savvy Precariat. 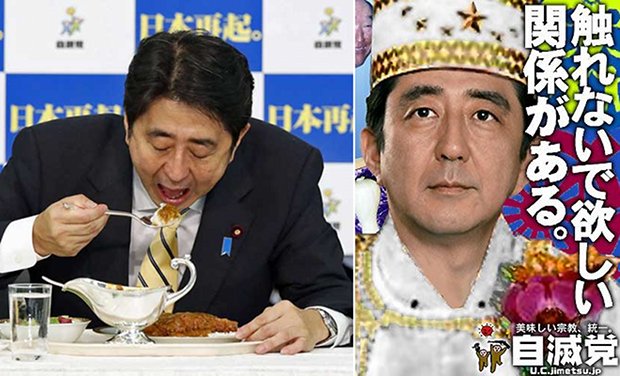 Considering that officially the cause of his sudden resignation in 2007 was a bowel condition, he would be wise to watch what he eats!