A teaser trailer has been released for artist (and uber-businessman) Takashi Murakami’s first film, a fantasy movie called “Jellyfish Eyes” (Mememe no kurage) that is set for release in April 2013 in Japan.

A tight lid has been kept on details of Murakami’s first feature, which blends CGI characters with live film footage. Apparently over ten years in the making and originally intended as a straight anime, the story is a science fiction based his childhood fantasies.

The eponymous wide-eyed title character shares a name with the wallpaper installation by Murakami that has been shown at the Museum of Contemporary Art Chicago, among other places. 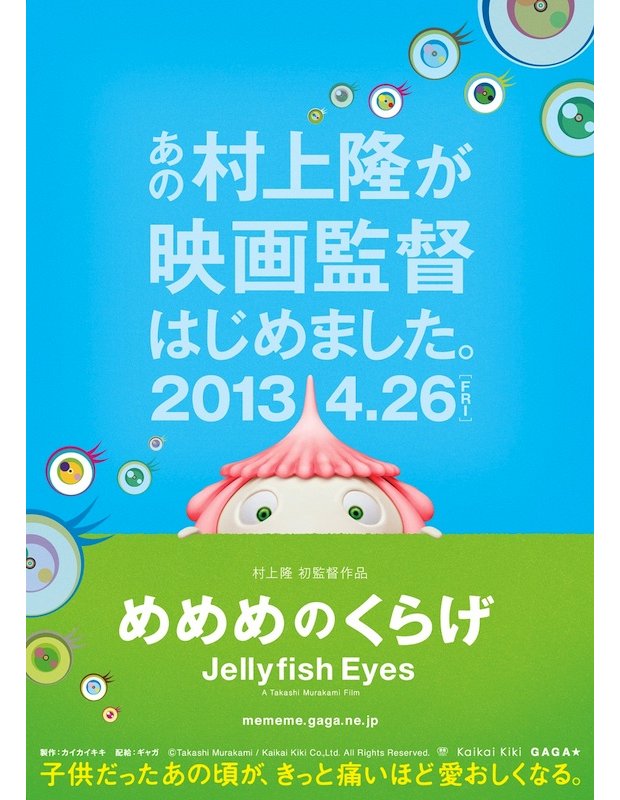 Directed and produced by Murakami, the screenplay is by Jun Tsugita, and assistant directing and special effects by Yoshihiro Nishimura.