One of the big social issues last year was the rising usage of semi-legal drugs (dappo), what the police call “dangerous drugs” (kikken duraggu). Due to legal loopholes users did not face arrest for taking these herbs, which are smoked to produce hallucinations, agitation, ecstasy and dulled senses, though there are other potential risks.

In the first nine months of 2014, 74 people died due to the use of such drugs and there were several traffic incidents involving people high on the herbs. 400,000 people are estimated to have used them.

The Pharmaceutical Affairs Law has now been revised to prohibit buying, possessing or using compounds on the list of “danger drugs”. The production, sale or import for medical purposes remains legal, though. In late summer and early autumn 2014, police raided dozens of head shops around the country, but many have continued operating. 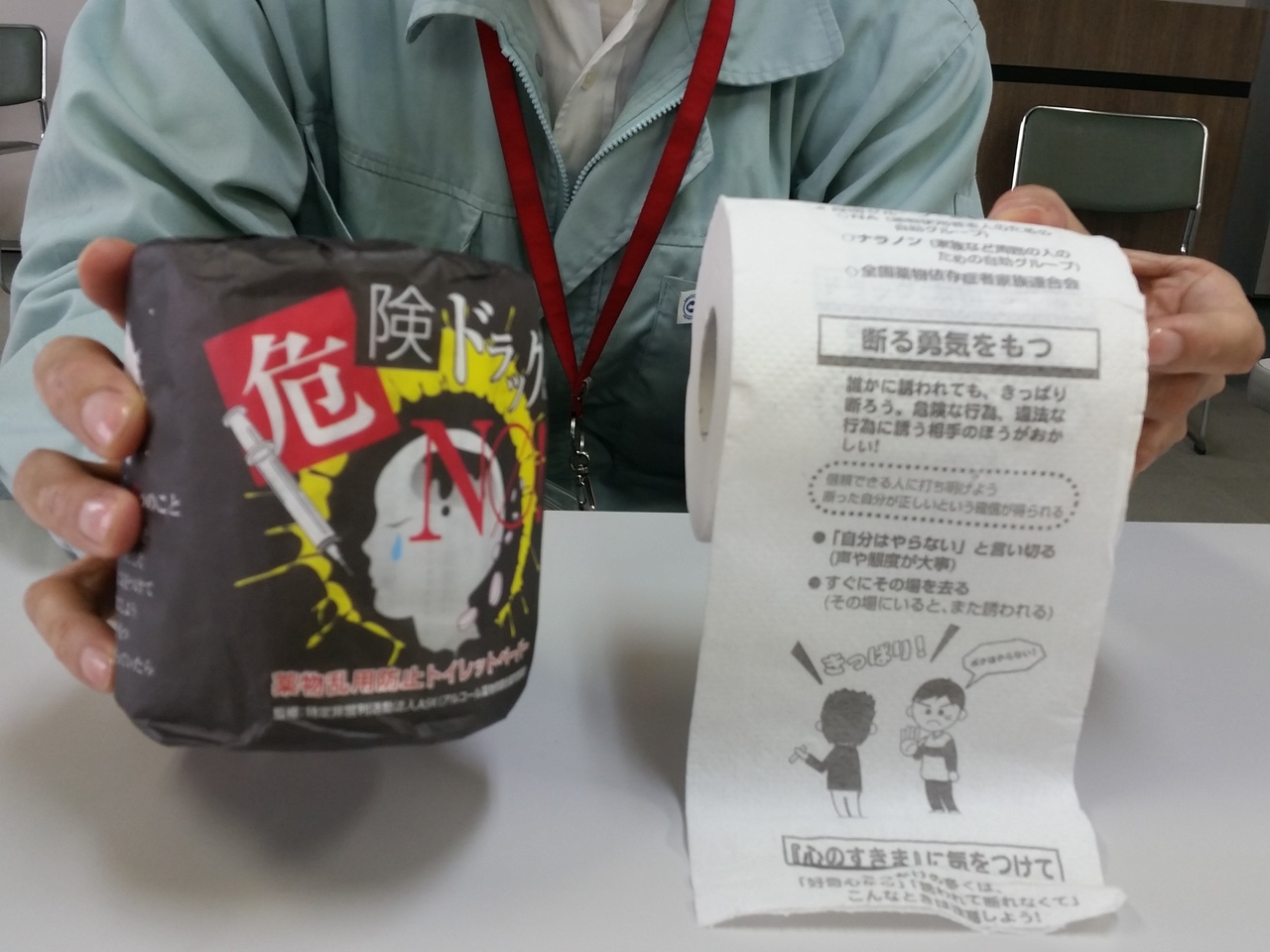 The police are on a big drive to discourage people from using these stimulants. In July last year they announced a new name. Previously known as “law-evading” (dappo) drugs, the new label chosen from public submissions was “unsafe” or “danger” drugs.

And now the police have got some help from an unusual source. A paper company in Fuji City, Shizuoka Prefecture, has produced the “Say ‘No!’ to Danger Drugs” toilet paper. Costing ¥120 (around $1) per roll, the toilet paper tells you about the health risks through six sets of illustrated messages printed on the paper. It was designed in partnership with an anti-drug non-profit organisation. 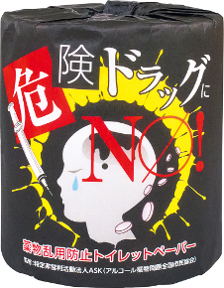 The manufacturer behind the “Say ‘No!’ to Danger Drugs” toilet paper has previously developed other socially aware rolls, including unique toilet paper with messages about bank transfer fraud and drink driving. 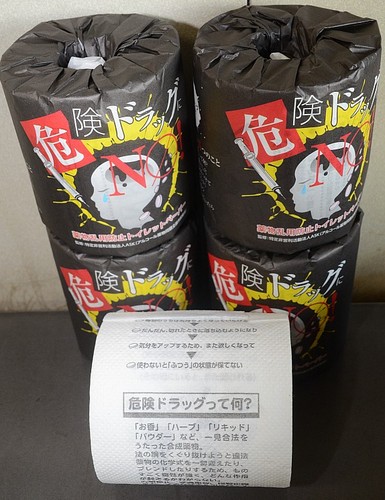 It hopes to sell 100,000 rolls, in addition to being stocked in police or medical facility lavatories.

Japanese toilet paper is not as dull as it sounds. Anime and manga fans can even get One Piece or HappinessCharge PreCure! toilet paper sets. 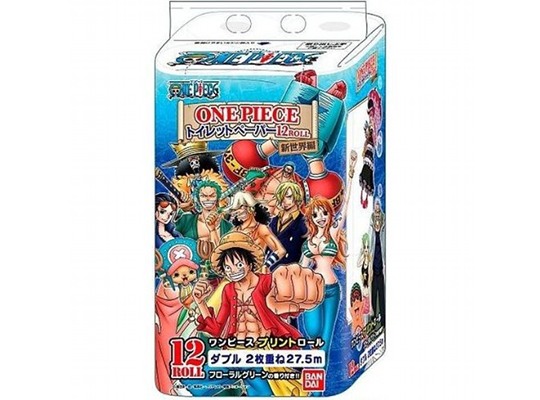