With obvious echoes of the 1995 Aum Shinrikyo subway sarin attack while killed 13, last night at just after midnight a mysterious can-like object exploded on Tokyo’s Marunouchi Line, one of the major subway routes in the city.

A woman in her thirties was seen shaking it up and it seems to have been a very strong detergent-like substance inside, which then burst the can just before arriving at Hongo Sanchome Station in central Tokyo. 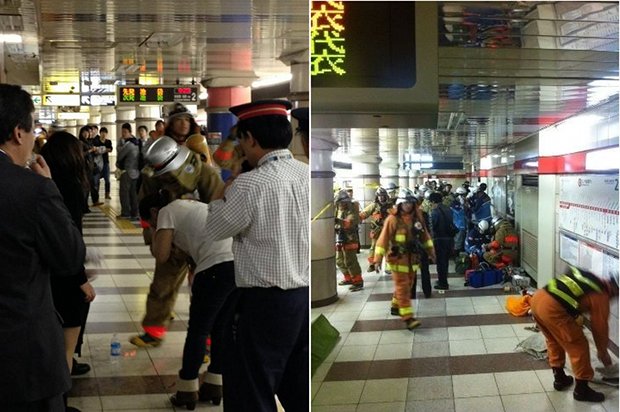 A man near to her then fell no the floor of the carriage. 2-3 people were injured from burns and at least 11 people were hit by the liquid that came out of the can.

Passengers reported hearing a “bang” from the mini explosion and then screaming from inside the carriage. Then there was just liquid on the floor of the train.

The train would have been filled with people going home on the last or almost last train after a Friday night of drinking out.

It is still unclear if this was a prank, an accident or an attack — or what will happen to the woman police have taken into custody.

She is reported to have said that a friend put strong detergent into an empty can of coffee, which then caused an explosion when shaken up.