August 13, 2013 by Mina
Comments Off on Tokyo Tower hosts insect exhibition to celebrate its 55th anniversary

It seems like Tokyo Tower has yet to concede defeat to the Tokyo Skytree, holding tightly to its self-acclaimed title of Best City Landmark. Whereas the newer east Tokyo attraction seems to prefer plastic food samples, Tokyo Tower has put its efforts into bugs and creepy-crawlies. Yes, in celebration of its 55th anniversary, they are now holding an insect exhibition (from July 20th to September 1st), the biggest of its kind in Tokyo, attracting insect lovers of all ages.

More than 16,000 specimens are on display, but there are a couple other highlights as well. The most appealing one perhaps is the “Insect Jungle,” a giant insect cage set up on the site where visitors can go inside and interact with more than 100 live insects.

The exhibition is held at Foot Town, and the admission fee is 1,000 yen for adults (above high school) and 700 yen for kids (4 years and above), though there is no fee for those under 3 years. 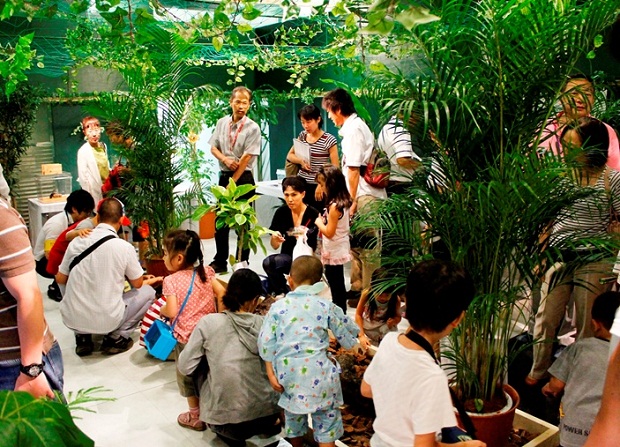 Why would anyone ever bother to see insects, let alone pay money to be surrounded by them?

Of course, insects or bugs can be found anywhere, from the public bathroom to even the most luxurious hotel suite. Yet there is something about insects, one of the oldest inhabitants on this planet that attracts people, perhaps in a similar way that we all wonder about the origin of life. No matter how advanced or developed we think we have become over the long course of human history, we still can’t even recreate the life of a fly. This is a statement I once heard which seems to symbolize the mystery of life, all compressed in the form of a tiny bug. 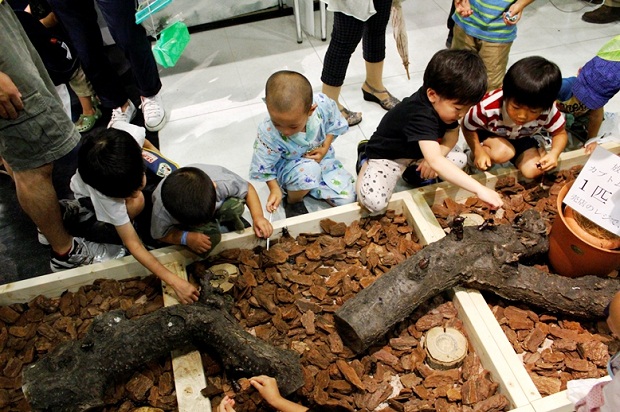 We should also note here that Japan is home to a lot of insect collectors (or freaks?) as well. While the young ones keep them as pets (rhinoceros beetle and stag beetle are the all-time favorite), the adults also seem to appreciate the great wonder of a bug’s life, both in its live and deceased forms.

At the exhibition, visitors can catch their own favorite beetle using a “bug-catching” rod. The beetles in the box are on sale for 600 yen (male) and 300 yen (female) each. 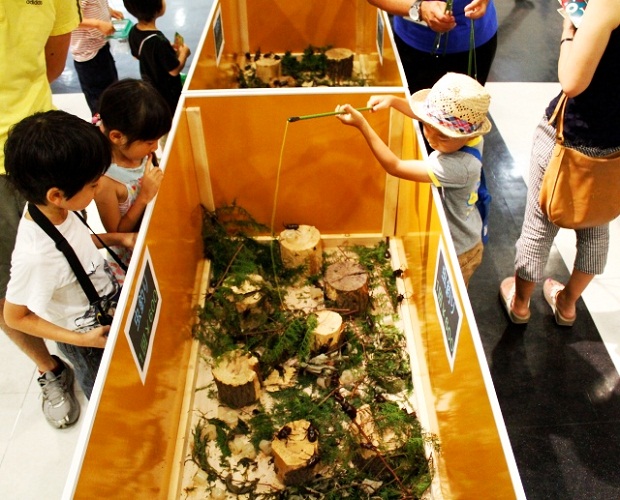 There is also an exhibit panel explaining the difference between gai-chu (pest) and eki-chu (beneficial insects). There is obviously a hierarchy in the bug’s world too, it seems, though we should always keep in mind that it is a system established and maintained by us humans. The bugs are none the wiser and happy just to go about doing their thing!