Could you tell us a little bit about yourself? How would you describe yourself?

I can’t remember how many times people asked me these questions. Whether it was during job interviews or random talks with people I met for the first time, I always tried to answer as honestly as I could. Yet one question comes to mind: Was my description ever accurate?

We all try to manipulate others when we know there is an obvious return for us as a result of acting expected roles in life, which some people might call an act of lying.

It just seems to me that some people are naturally better at hiding truth than others. If you think you are talented in this field, the party game “Jinroh” — better known in English as “Werewolf” or “Are you a werewolf?” — might be the perfect entertainment for you.

There’s a very easy way to play the classic game now with your phone. “Werewolf — Nightmare in Prison is an iPhone app game where players are divided into two teams, Citizens and Werewolves, and you try to eliminate the members of the other team solely on the basis of what they say and how the majority of players vote. 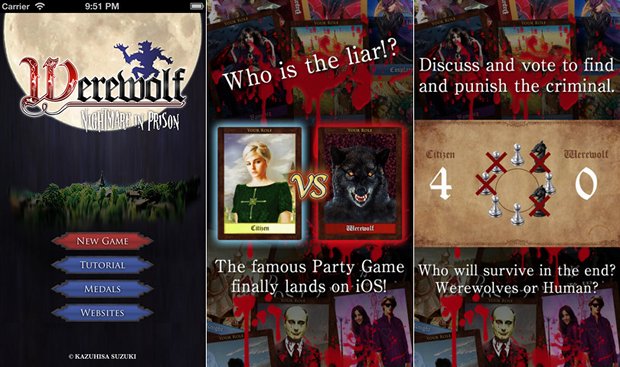 Each player is assigned a random role at the beginning which they cannot disclose to others. While the Citizen team has to find Werewolves (usually “disguised” as Citizens) and execute them by majority vote, the Werewolves pretend that they are Citizens themselves. Are you following this? 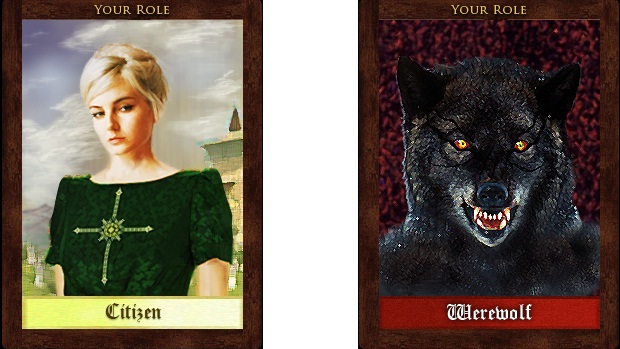 The game takes place in two phases per turn, the day and the night. The daylight phase is when you get to choose who to eliminate from the game. The night phase, on the other hand, is when the Werewolves get to attack a Citizen and eliminate him or her from the game. If the Citizen team succeeds in voting out all Werewolves, they win. The Werewolf team wins when the number of Citizens has been reduced to equal the number of Werewolves remaining in the game.

In addition to these two roles, there are a number of special characters that play a crucial role in the game. A Knight, for example, can protect a Citizen when attacked by a Werewolf, and a Fortune Teller can see if a player is a Citizen or a Werewolf during the night phase. Still with me? 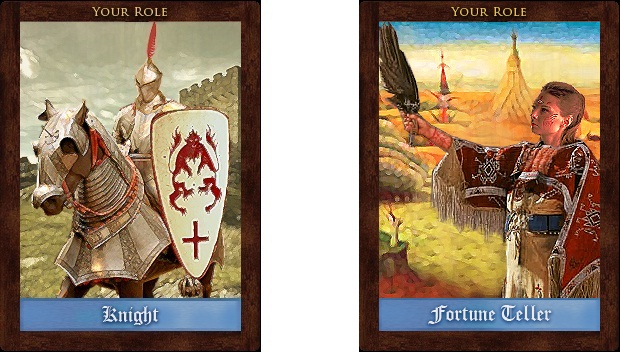 You can play with up to twenty players, though you only need one iPhone.

The original “Werewolf” game (also called Mafia) was Russian and has been around for decades. In Japan, there was another recently twist on the format recently when it was adapted into the “Jinroh” TV show which to me, seems to enhance its psychologically thrilling aspect to the fullest, thanks to some sound effects and how the game literally throws the players out when they are eliminated.

The next episode is scheduled to air on Fuji Television at the end of June.