It got quite a bit of attention when Japan’s largest crime syndicate, the Yamaguchi-gumi, launched its own website (with theme song and videos) earlier this year, not least because the design is less Web 1.0 than Web 0.0. Oh, and they are claiming the organization is actually all about “drug expulsion”. Right, even the Yakuza claimed they are anti-amphetamines — drugs are that taboo in Japan — but what about the other unsavory criminal pies they have their hands in?

It’s been updated with a skeletal English version. Here is their self-penned English profile, warts and all.

We are the Alliance to Eradicate Marijuana and Purify the Country(the”Alliance”),

It is solemn oath,as it is a basic human right and of national interest as a treasure of our
Constitution under Japanese law,to be a pioneer in the pursuit of our societal wellbeing by sweeping
away marijuana and narcotics from the country,thus protecting youth from this bewilderment of
society and to serve as a guide to a Japan of orderliness and excellence.

We have made this new home page in acceptance of Boss Taoka’s undertaking and strong conviction
regarding the eradication of illicit drugs from Japan.

And as reports Jake Adelstein on his Japan Subculture Research Center website, they have also launched a new site (also with an English version for global audiences!) dedicated to Yakuza ideals. 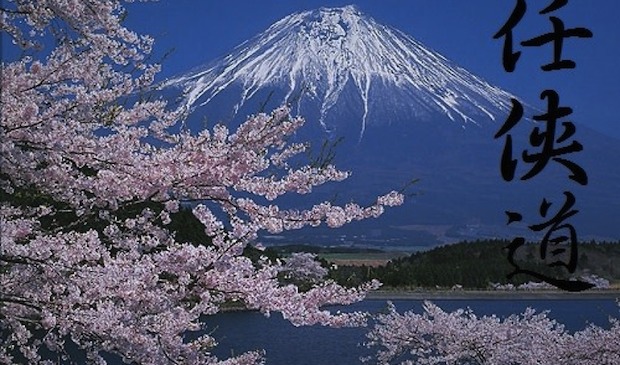 The Yamaguchi-gumi is on a mission to bring back ninkyo (or ninkyodo), or the code of chivalry.

Ninkyo-dou is inspirational and educational way to a spiritual discipline yet it is almost distinct. In today’s society, it is frustrating to see people not understanding what Ninkyo-dou truly means yet they believe it is same as violence.

Recently, people in Ninkyo world are recognized as mafia and both members and their acquaintances are discriminated. Moreover, the government is attempting to ban ninkyo spirit and its practice all along.

They even get a bit self-righteous.

“Yakuza is bad” “Everyone else who is associated with this practice is wrong”
This thought is not only oppressive but also dangerous.

Interestingly, they also condemn Prime Minster Abe whom they claim (like many leftists) is taking the country down the road to fascism.

Beside the proud list of the crime syndicate’s list of “recent social contributions”, perhaps most shocking is how they decry the rise in “vicious crimes” in Japan, as if they had nothing to do with all that malarky.

So how about English lessons from the new line of schools by the Yamaguchi-gumi, launched in the near future as part of its latest “social contribution”? Farfetched, for sure, but not as much as they other things on their website!