August 10, 2013 by Mina
Comments Off on Hayao Miyazaki raises voice against amending Article 9 of Constitution

Studio Ghibli’s latest film Kaze Tachinu (The Wind Rises) has revealed yet another face to anime director Hayao Miyazaki, who reportedly was against the making of such film that he knew would be primarily targeted at adult audience. Yet one question comes to mind. Were any of Ghibli films from the past ever intended to entertain the younger crowd only?

I remember the first time I watched Princess Mononoke I was so scared that I literally had to turn away from the screen multiple times and as a result did not get the story at all. If he had expected a 12-year-old to fully understand the theme of the story (which I don’t think I do, even to this day) then Japan would not have needed any educational reforms over the past two decades or so. Whether he wanted it or not, Ghibli has become a brand of its own, wholly separate from the rest of anime in its realistic depictions of people and characterization.

Kaze Tachinu is a product of Miyazaki’s own struggle. The story depicts the life of an aircraft engineer Jiro Horikoshi most famous for designing the Zero fighter (known as zero-sen in Japanese) that was used during WWII. Miyazaki had to overcome his internal conflict of whether or not he should make a film about someone who devoted his life to designing military aircraft, which could possibly invest a sense of positive heroism in what is essentially highly-skilled creation of wartime weaponry.

Perhaps it’s no coincidence, then, that Miyazaki recently decided to talk about his own stance on the proposed amendment of Article 9 of the Constitution of Japan, long advocated by the Liberal Democratic Party, which recently regained its majority control over the House of Councilors in the election just a few weeks ago.

The above cover is the July issue of Studio Ghibli’s monthly journal Neppu. In his article Miyazaki talks extensively about how much he detested Japan as a little kid and why he objects so strongly to Prime Minister Abe’s proposed plan to change the Article 9 of the Constitution, which ostensibly states the Japan will not have any armed forces. As we know, though, due to the Cold War, the Self-Defense Force was later created as a fudge in order to give Japan some sort of army but without “belligerency”. 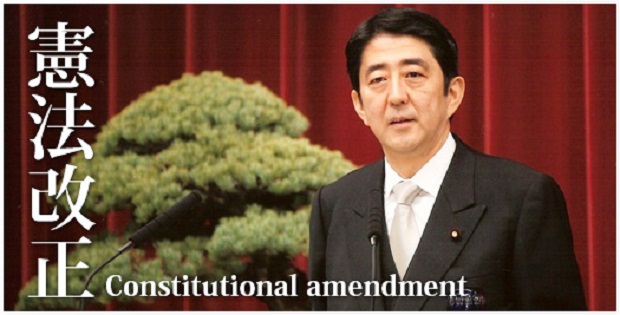 Miyazaki’s argument is in two parts. One: the National Constitution is not something that can be or should be amended on a whim by a shoddy government (such as the current one). Two: Article 9 and Self-Defense Forces have always “coexisted” since the end of WWII, tolerating the alleged contradiction of language for over sixty years (i.e. that Japan does not have a “military” when in fact it kind of does). If it’s a lie that has helped us stay in peace for decades then we should keep lying — at least it would be better than claiming the right of belligerency when we don’t even know exactly who we are fighting against.

(Until August 20th you can read Miyazaki’s article online for free.)

Aspiring sincerely to an international peace based on justice and order, the Japanese people forever renounce war as a sovereign right of the nation and the threat or use of force as means of settling international disputes. (2) To accomplish the aim of the preceding paragraph, land, sea, and air forces, as well as other war potential, will never be maintained. The right of belligerency of the state will not be recognized.

Last week I was having lunch at a restaurant. At a nearby table there were a mother and her son (who was probably in his early teens). The mother was lecturing his son about why there are so many US military bases in Japan. First I was struck by the subject matter of their conversation, something I never expected to hear in a quiet restaurant on a peaceful Thursday afternoon. Yet the mother’s explanation reminded so much of Miyazaki’s argument.

“We do have our own military. What we have is the Self-Defense Forces but we can only protect our own people, but not attack enemies. So for us, it’s either a draw or a defeat. There is no victory.”

Told in a matter-of-fact way, I saw some truth to the existence of the Japan’s Self-Defense Forces in her words. To me, there doesn’t seem to be any inconsistency with Article 9. 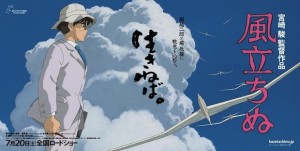