So far this year’s biggest headlines have perhaps been generated by comments by director Takeshi Kitano, who has reached the age where he doesn’t care what people think anymore. He criticized the monopoly of the major Japanese film studios which control movie theaters, and how the local media never writes proper reviews. “The Japanese film industry is going to ruins,” he decried. He also admitted his dislike for anime. “I dislike Hayao Miyazaki the most. But I give credit to his works for earning so much money.”

Meanwhile Hideaki Anno, whose work is being showcased in a retrospected at TIFF, lamented the state of the local anime industry. “The Japanese animation industry has hit a dead end — it will be tough to escape unless we can make animation without commercial considerations.”

Hardly the stuff of a buoyant festival that the organizers were no doubt hoping for.

However, there has been even more criticism of the festival itself by industry people and the public alike about the way TIFF is presenting itself. TIFF has never been very sophisticated in its PR but this year might be the most crass.

In large print adverts run in major newspapers it has been pushing the country’s “legacy” for producing cinema maestros. This nationalist tendency might well meet the approval of the current government and no one would surely doubt Japan’s pedigree when it comes to past masterpieces, but this is bullishness verging on the right wing.

The official English translation of the copy is even worse:

Lest we forget; our nation gave birth to some of the world’s most respected directors.

The “lest we forget” is horribly formal and also sounds like an intonement at a memorial service. It is the kind of phrase you hear uttered after terrible events. And the “our nation” is, needless to say, hardly welcoming to the many foreign visitors to the festival.

It has been harshly criticized by director Tetsuaki Matsue.

Our question is also this: Who has forgotten? Just as no one has forgotten about the great directors of France, America, Germany et al, Kurosawa, Mizoguchi and Ozu have not been blotted out of the public’s mind, as far as we know. Does TIFF need to remind us, especially like this? 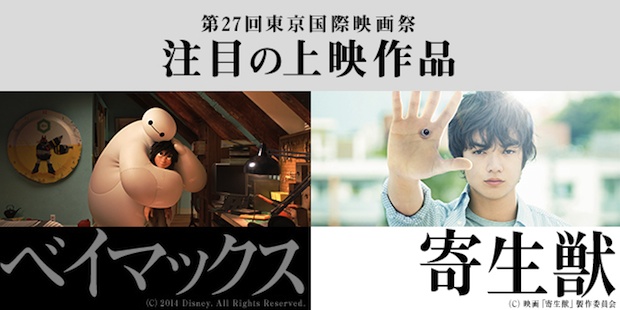 Better alternatives have been suggested:

Some of the world’s most respected directors were born here.

However, no matter how you adjust the copy, the rightist nuance reminds.

It is also perhaps no surprise that AKB48 producer and Prime Minister Shinzo Abe favorite Yasushi Akimoto was invited to produce the film festival this year. The rather inexplicable appointment by the government has resulted (directly or otherwise) in a nasty taint of politics over the event.

The festival was sponsored by Toyota until 2012 and it was in past festivals that the copy really rankled with us personally. That year the theme was all about ecology and the environment, including even a “green carpet”. This from an international event based in that eco paradise Roppongi, flying in guests and staff from all over the world. And sponsored by the biggest car manufacturer on the planet. “Action! for Earth” [sic] the slogan said. Yes, quite. 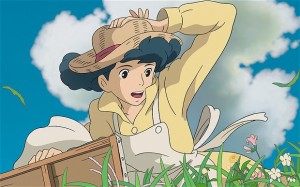