May 27, 2016 by Japan Trends
Comments Off on Kirin Greeting Namacha campaign accused of racism

Oh, dear. A big Japanese corporation has done it again: made a marketing campaign that is causing offense to some.

It is themed around Japanese greetings, which it says are “way too difficult”. 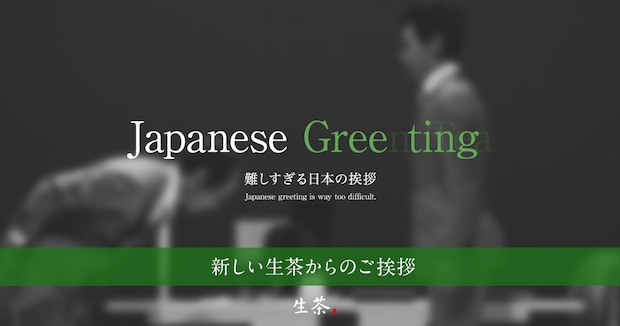 The whole link between the campaign concept and the product is actually a bit obscure, except for the word “greeting” being a pun on “green tea” as eluded to in the design of the website title. 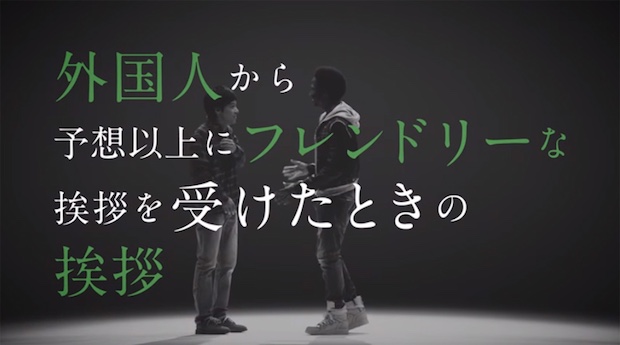 Part of the campaign features a Japanese man having trouble with a “too friendly” greeting by a foreigner (in this case, a black male).

To be fair, the foreigner-versus-Japanese video is just one of several scenarios explored in the campaign and the production values are pretty good. This was clearly carefully conceived.

But there is a fine line between a tongue-in-cheek joke about stereotypes and actually perpetuating those stereotypes.

The issue here is that there is no such thing as an all-encompassing “foreigner” like Kirin is suggesting, especially when it comes to greetings. The nuances between nationalities, cultures, races and ethnic groups are manifold, and this is particularly obvious with greetings. Not everyone hugs, even though it is indeed amusing to investigate the “rules” of the procedure. (We did like the comparison of the pre-hug open-arm stretch to a peacock.) 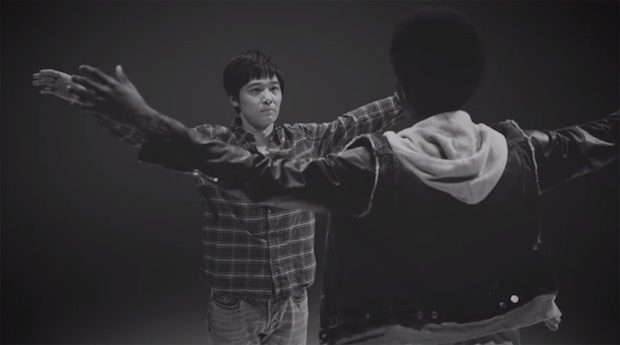 At the end of the day, of all the “foreign” stereotypes that could have been used, this is a pretty innocuous one.

But the very fact that Kirin choose the “foreigner greeting” as the first example on the website and even included some English prominently indicates that they possibly thought this campaign would be well received by foreign visitors and residents, or even non-Japanese overseas. Kirin has also been pushing the campaign on Facebook and the “foreigner greeting” video has been popping up in feeds as a promoted post. On Kirin’s official Facebook page, the post with the video has English comments from non-Japanese users accusing the video of racism, and at time of writing even has one user suggesting that his similar comment was deleted by Kirin.

That being said, we certainly think it’s too strong to use the word “racist” for this arguably misguided web campaign. However, we have seen these kinds of TV commercials before, including “fake nose” foreigners in advertising campaigns for ANA and Toshiba, so there are clearly ingrained stereotypes that need to be exploded. It should be surprising that major corporations would risk such campaigns, but it isn’t. Kirin is a Dentsu client, as are presumably ANA and Toshiba. In its outlook, Dentsu is actually a highly domestic ad agency. Having worked with them on multiple occasions, we have direct experience of how Dentsu staff often lack genuine international awareness. Expect these kinds of campaigns to continue for the foreseeable future. 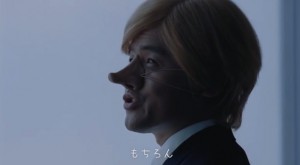