May 19, 2014 by William
Comments Off on Long-running manga “Oishinbo” censored over Fukushima series, suspended by publisher

Long-running and popular manga “Oishinbo” has been suspended by its publisher, Shogakukan. The comic will no longer appear in the weekly manga magazine Big Comic Spirits from next week.

“Oishinbo”, ostensibly a gourmet manga, has been running a series called “The Truth about Fukushima” which has come under enormous criticism and pressure from politicians and Fukushima locals. 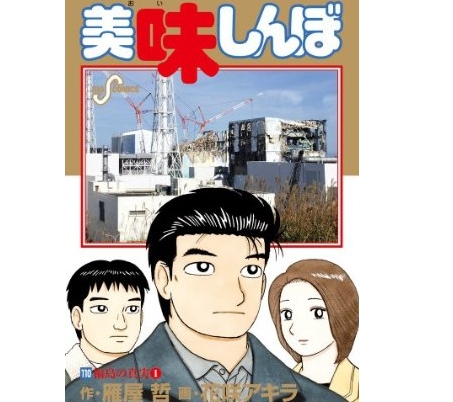 The current issue devotes 10 pages to opinions from experts as well as letters of protest from Fukushima and elsewhere, alongside a statement from managing editor Hiroshi Murayama.

The controversy erupted after “Oishinbo” portrayed the effects of radiation exposure. The main character visited the Fukushima No. 1 nuclear plant and then suffered from nosebleeds. Another character was depicted warning people not to live in Fukushima and this was seen as a lightly-veiled portrayal of the former mayor of Futaba, where the power plant is located. 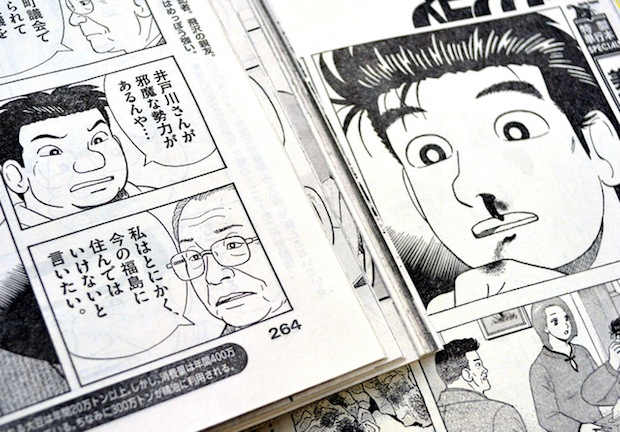 The cooking manga by Tetsu Kariya and Akira Hanasaki has been published since 1983, and has been previously adapted into a TV anime and TV live-action drama series. 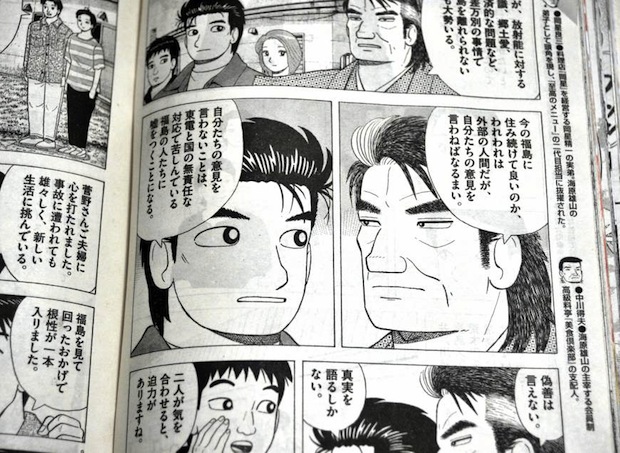 The suspension of “Oishinbo” is expected to be temporary, though no further details have yet been announced.