Apparently this was not news.

A couple of days ago one of my colleagues handed me a copy of a Yomiuri newspaper article, saying “as you probably know already.” Know what? Then I saw the headline — “Center Test to be abolished”. I quickly skimmed through it and learned that the project was still in its initial stage. It has already been talked about and reported in a number of papers for months, which gives us another reason to be skeptical about just how realistic and feasible the whole plan is. According to reports, a government panel known as the Education Rebuilding Implementation Council will soon officially propose a new achievement test to Prime Minister Abe to replace the current National Center Test for University Admissions, which is referred to as the Center Test (Sentā Shiken) or simply the Center by the Japanese.

The National Center Test is a standardized exam for college admission in Japan used both by public and private universities. Most public universities require that applicants take at least seven tests in five or six subjects, depending on their majors. We already know that starting 2015, many Arts majors will be required to take one more test in science. So for example, a typical 17-year old kid who wants to study Japanese literature in college might be tested on the following subjects: Japanese, math (two tests), English, world history, Japanese history, physics and chemistry. Although the test is all multiple choice, it’s too much of a gamble to let a single set of scores determine the next destination of their academic life. 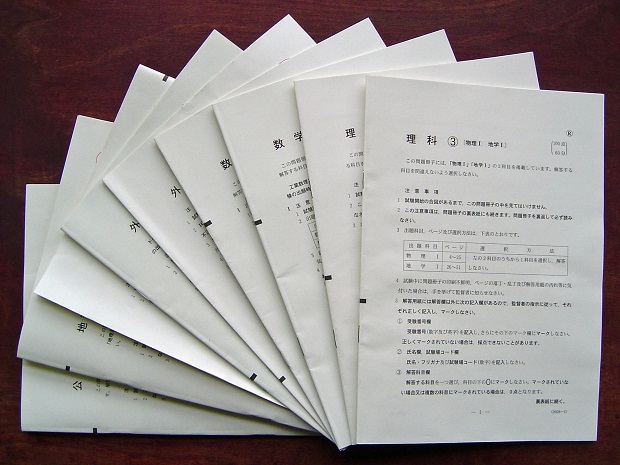 Since the primary purpose of the test is to see if the applicant is prepared for college education, the test itself is not designed to distinguish the top three elite students from the rest of the crowd. The Center Test actually has a reputation for being one of the fairest and well-balanced tests to determine one’s academic skills because it covers all the basics in textbooks and has no trick questions. What makes the test problematic and even hellish, as criticized by millions in and out of country, has more to do with the fact that applicants get only one shot at taking this test, given on the first weekend after January 13th, just two months before high school graduation. (If they have already graduated high school or can prove the equivalent proficiency, they are also eligible to take the test.)

However, despite the fact that neither high school nor college is part of mandatory education in Japan, the great majority of high schoolers and their parents would admit that failing one college entrance exam can very well be equivalent to falling a hundred steps behind their peers who managed to get that golden ticket to the university of their choice. Even though the Center Test in most cases is used in the first round of elimination as most universities have their own exams for those who have scored high enough on the Center and proceeded to the second round of the college admission ordeal (which in Japanese is called juken), it puts too much pressure on students and can possibly turn the entire three years of high school life into a miserable experience. 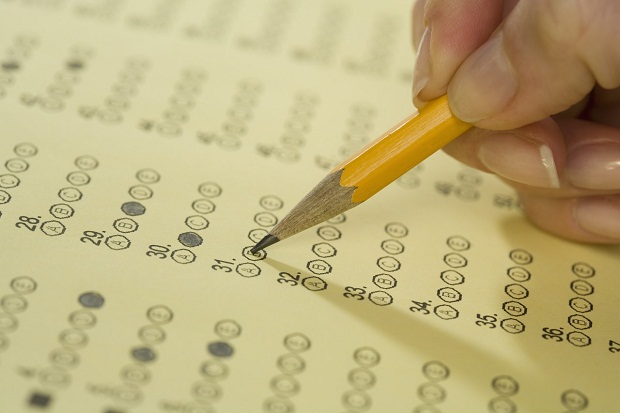 The newly proposed Achievement Test is in two parts. One that is called the Basic Test will be used to make sure that all high school students wishing to enter universities are indeed academically prepared for college-level education. Although the results of this Basic Test will not have a direct effect on their application, many private universities are advised to take the scores into consideration when selecting prospective students in either the AO (Admissions Office) screening or by school recommendation. Both screening systems are focused on personality and special talents rather than judging applicants on the basis purely of their test scores.

Another part of the Achievement Test is the one to replace the current Center Test. It will basically be a revised version of the Center but instead of giving scores it will place students in several academic levels. Universities will be asked to make a decision from these levels, along with wider (and, let’s admit it, more subjective) variety of criteria such as essays, interviews and extracurricular activities.

Students will have multiple opportunities to take the Achievement Test and will be able to submit the best results to the school of their choice. It’s great that the government is finally taking action to change the dreadful college admission system in Japan, yet it’s too early to praise or criticize anything. It might very well be just another promise that never becomes a reality.