March 7, 2016 by Tokyo Cheapo
Comments Off on Get re-acquainted with old friends as Pixar comes to Tokyo

This article by Lily Crossley-Baxter first appeared on Tokyo Cheapo.

I have never met a single person who didn’t cry during that first montage of UP, and I hope I never do. Pixar has consistently managed to combine the latest technology in computer animation with expert storytelling, creating fan favorites such as Toy Story, Finding Nemo, Ratatouille, and the more recent Inside Out. With a triad of key elements — story, character and world — explored in their new exhibition, “Pixar: 30 Years of Animation”, at the Museum of Contemporary Art Tokyo featuring over 500 pieces of original artwork, it’s time to get nostalgic. 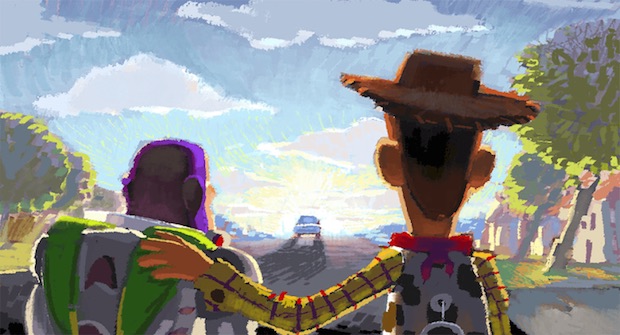 Originally shown in New York in 2005, the collection has since toured the world to celebrate their 30th anniversary and will reach Tokyo in March 2016, just days before the release of their newest film, The Good Dinosaur (rather convenient, some might say). However, cynicism aside, as it contains a number of pieces from the film’s developmental process, the exhibition is a rare opportunity to see the development of such a modern film so soon after release (even if it is Japan’s typically late release date). With their first fully computer-animated film released here in 1996 (Toy Story), this is a brilliant opportunity to see the differences in production techniques as well as the similarities across a decade of technological development. The exhibition contains hand-drawn sketches, original storyboards, paintings, color scripts and character models as well as two pieces created specially for the tour; a Toy Story zoetrope, below, (similar to the Totoro one at the Ghibli Museum) and an artscape. 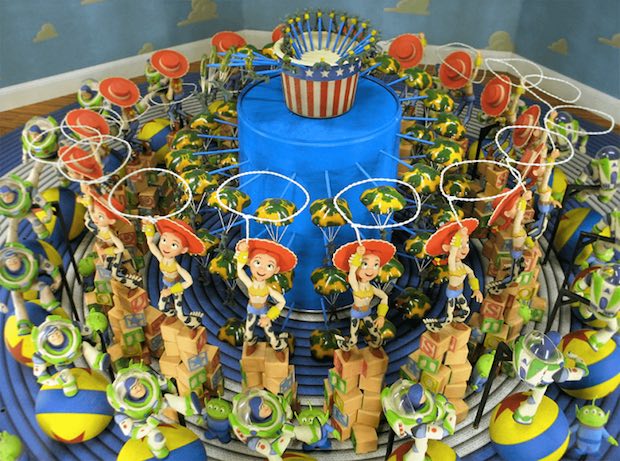 So on a rainy afternoon it might just be the perfect opportunity to wander back through your childhood (or adulthood, no judgement here) and see the growth of your favorite characters and imaginary worlds, from drawing board to movie screen, with all the little changes and ideas that happened in between, and what better way to find inspiration for your next pre-payday night in? 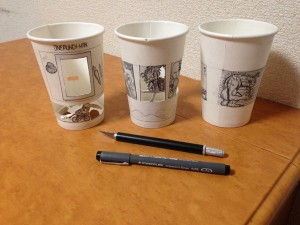