The other day we were having a bite to eat at a kaiten sushi (conveyor belt sushi) chain called Kappa Sushi.

We were impressed by their nice “express service” for specially ordered slices of raw fish.

All kaiten sushi places allow you to order something direct from the menu (rather than wait for something to come around on the belt), where the itamae chef or someone will bring you your order to you.

Things are much more hi-tech at Kappa Sushi! 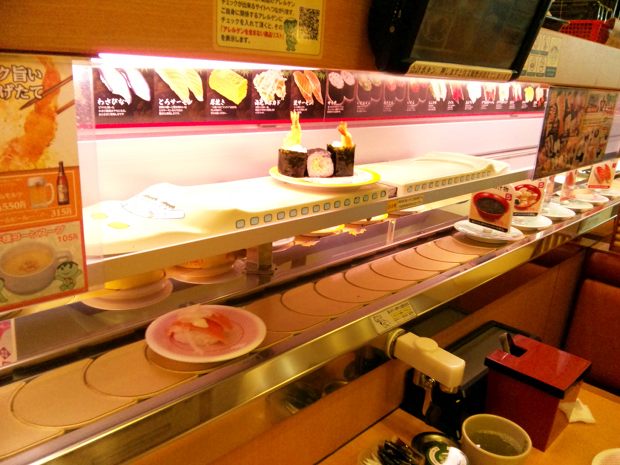 They have a shinkansen bullet train deliver you the order on its own special line. (You also order the fish by touch panel screens located all around the counters.)

Kappa Sushi is the biggest kaiten sushi chain in Japan with nearly 400 branches nationwide. It also broke the 100-yen plate barrier by dropping to just 90 yen in its efforts to best the competitors. 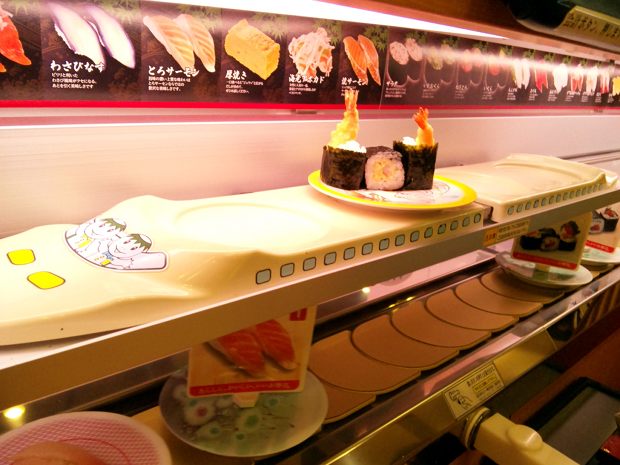 According to this TV commercial at least, Kappa Sushi seems to have extraterrestrial patrons as well.

And for when you want to create your own version at home, we also recommend the very funky Sushi Train Restaurant Game.

Ernesto Neto in Tokyo: Walking on the urban jungle