Sweets Marathon for runners with a sweet tooth

October 9, 2013 by Mina
Comments Off on Sweets Marathon for runners with a sweet tooth

For some people, the best reward in life are sweets. Pleasure-seeking as we all are, marathon runners are no exception. Sponsored by International Sports Marketing, Sweets Marathon might sound like a contradiction in terms but it started in August, 2011 as a one-of-a-kind marathon that encourages runners to complete the race with a wide variety of “sweet” rewards.

Runners can taste more than 200 kinds of bite-size sweets at the aid station while completing either a 10 kilometer (solo) or 42.195 kilometer (relay) round race. There are some rules to follow (they can’t give sweets to non-participants, carry them around with them on the race, or take them home), but runners are free to try everything.

The basic concept is the same as regular hydration points where runners stop to supplement energy just enough to get to the next point, so they are advised to consume the sweets the same way. In other words, it’s not an all-you-can-eat buffet, though it may certainly look like one!

The entry fee varies a little at each venue, but is around 5,000 yen for anyone above high school age and 3,500 yen for kids. The best part of the sugary marathon is that runners can actually purchase their favorite sweets at retail booths, established near the race route. Admission is free, so both participants and non-participants alike can get a real taste of featured sweets at each marathon in merchandise forms.

Perhaps not so surprisingly, girls apparently make up over 50% of the participants in these saccharine sports, and overall 30% are first-time marathon runners.

Here’s the video clip from the 13th Sweets Marathon which took place in Osaka in December, 2012.

The next Sweets Marathon takes place in Chiba in November, followed by other events in Aichi and Osaka. The next Tokyo race is in January at Odaiba.

The ever growing popularity of Tokyo Marathon which will take place at the end of February, 2014, shows that marathons are now big public spectacles. The results of the lottery were announced just a few days ago, and applicants had approximately a 1-in-10 chance of winning!

Sweets Marathon might seem more like a fun and relaxing event as compared to a hardcore, full marathon race, but why not use this opportunity to promote business? 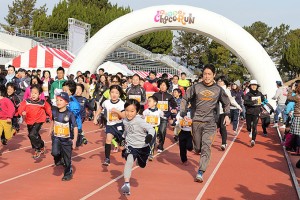 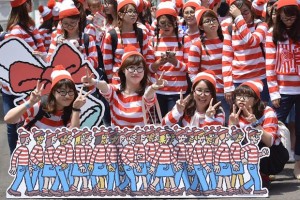 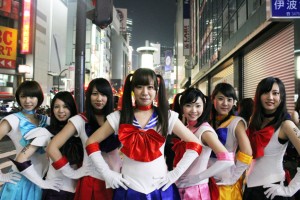