Your Party (Minna no To) member Ayaka Shiomura (35) was jeered yesterday in the Tokyo Metropolitan Assembly as she tried to introduce a motion for better government measures supporting infertile women or women who need assistance when pregnant or raising children.

The opposition politician was abused by older male members apparently from the ruling LDP during a June 18 assembly session.

“You are the one who must get married as soon as possible,” one assembly member shouted, which was clearly audible to the TV cameras filming the session. Another joined in: “Can’t you even bear a child?”

Shiomura continued making her statement, though she paused and then sort of laughed in disbelief. She became more emotional, though, as she finished off her speech shortly afterwards. Later she was seen wiping tears from her eyes when she has sat back down. It was the first time that Shiomura, a politician representing Setagaya in west Tokyo, has asked questions to the assembly.

You can hear the jeers from around 08:48 on this video (sorry, no subtitles).

Leading national politicians from both the LDP and opposition parties denounced the comments and interruptions as “monstrous sexism”.

Shun Otokita, another young member of Your Party, has led the accusations, saying that Tokyo Governor Masuzoe, a known chauvinist, was reported to be smiling during the jeering, which came from the LDP benches. The exact offenders have yet to be identified.

Japan has a very poor female workforce participation ratio, since women receive little support during childrearing. This makes it hard both to afford children in the first place and also pay for day care if women wish to return to work. Right now, most women effectively cannot resume their career if they choose to have children since it doesn’t make financial sense, all of which does nothing to stop Japan’s birth rate from sliding.

Women returning to the workforce would help to assuage the fiscal crisis that will emerge as the large Baby Boomer generation retires and ages.

The Tokyo assembly has 127 members, but currently only 25 are women. In the national Diet, women fill only 78 of the 722 seats in the two chambers.

Your Party is a small liberal opposition party originally formed by Yoshimi Watanabe after he left the LDP. Though still a fringe party, it has made relatively quick gains, though it has suffered setbacks recently from both an internal split that reduced its numbers, and a scandal involving now ex-leader Watanabe and party finances.

Before her recent entry into city politics, Shiomura had been a model and broadcaster. As a young and attractive women in a world of old and unattractive men, she is an easy target for sexist abuse and we sadly suspect this will not be the last time we hear of such incidents.

Update: The Tokyo Assembly has been flooded with hundreds of angry emails and telephone calls, Shiomura’s tweet about the incident was re-tweet tens of thousands of times, it received nationwide and international coverage… but the LDP has closed ranks and is refusing to identify the hecklers. Remember, this is the city that is going to host the 2020 Olympics!

Update (June 24): LDP Assembly member Akihiro Suzuki, despite denying it before, has now admitted he was one of the jeerers and will leave the LDP. 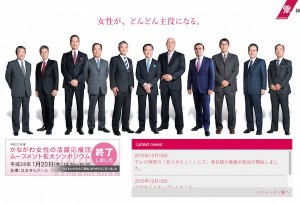 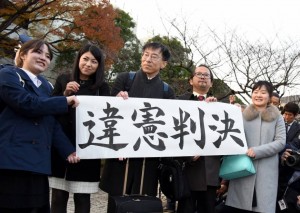 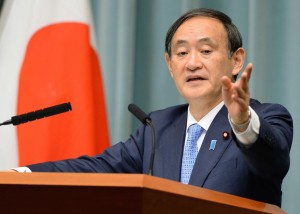