Most people love finding out how things work: this is what has made us evolve as a species, right? We have all cracked open a toy to see what’s inside it. The fact that we damaged it in the process didn’t take away the joy of actually seeing its guts! The Japanese aren’t any different in that respect and this tendency, combined with their love for food, inspired the company Megahouse, mostly known for its action figures, to create a series that has become an instant hit both in the shops of Tokyo and available globally from Japan Trend Shop. It’s the 3D Dissection Puzzle series, featuring some of Japanese cuisine’s all-time favorites: tuna, fugu blowfish, snow crab, chicken, pig, and beef!

All the dissection puzzles are built around the same concept: to help you make (and un-make and remake!) one of the animals just by snapping their insides in place. Different colors are used to help you separate bones from flesh or organs from muscles and the end result is astonishingly accurate. They are not anatomy maps but you’ll sure know more about your food than you knew before making one.

Take the 3D Cow Dissection Puzzle for example: you can easily tell which are the standard cuts like steaks, the entrails or the bones, plus there is a plate with which you can decorate with a slice of lemon and some lettuce and display either the insides of the cow or the whole animal. And when you are holding the cuts, they change color like they would in a BBQ!

The 3D Chicken Dissection Puzzle is the same – you have to remember though that in Japan, the choices for chicken aren’t just breast or thigh! Gizzards (hasami), tails (bonjiri), or cartilage (nankotsu) are all fair play at Tokyo’s yakitori-ya (chicken skewer joints) and the puzzle pays tribute to these office workers’ after-work watering holes by allowing you yo make a yakitori of your own. Or to assemble the full bird either in its natural form or as a roast served on a silver platter (included)!

It’s the small details that make the items in these series even more fun and the 3D Fugu Japanese Blowfish Dissection Puzzle is a perfect example: the parts that make this delicacy special — i.e., the ones containing the poison –are colored red and feature a skull mark so you’ll know they’re dangerous. And like a real Tokyo chef, you get in the box a certificate that you know how to dissect it — fugu restaurants display them so you know it’s been prepared by an authorized chef!

The tuna featured in the 3D Tuna Dissection Puzzle isn’t dangerous but the extra detail is still here in the shape of a maguro-kiri hocho, the long, sword-like knives used in Japan’s fish-markets to slice the tuna that will become sushi and sashimi. Plus you also get a small stand to exhibit your complete tuna and its knife after you have assembled it.

For the 3D Pig Dissection Puzzle, you get one more bonus: when assembled you get, depending on the side you are looking at it, either a black-and-white “Kuro Buta” black hog from Kyushu’s Kagoshima, or a pink pork, ready for dissection! And if this isn’t enough, you also get a special stand to set the pig’s leg as a whole ham ready to be cut in delicious slices!

Japanese people love crabs so the series had to feature one. It’s the 3D Japanese Snow Crab Dissection Puzzle, perfectly color-coded in red, pink and green for the innards and with a crab fork for those tiny bits of meat inside the legs! As a matter of fact this might prove to be the most useful of all since dissecting a real crab at home is more probable than a whole cow!

For that special touch there is the Pig and Cow 3D Dissection Puzzle Deluxe Pack: the pork and the beef 3D Dissection Puzzles together in a special box like the ones traditionally used for Oseibo and Ochugen gifts in Japan: these are occasions for people to show gratitude to elders, teachers, and other important people in their life that come a little before New Year’s and in midsummer, before the Obon holiday. If you were thinking of getting two puzzles at once, this is for you, together with a miniature keychain and a sauce bottle box!

Great as learning tools (even for Japanese language since the animals’ bits are all labeled with easy to read katakana phonetic characters) for people of all ages but also lots of fun, the 3D Dissection Puzzle series is definitely worth checking out. Find them on Japan Trend Shop: after all, these are times when we all need more fun stuff to do at home! 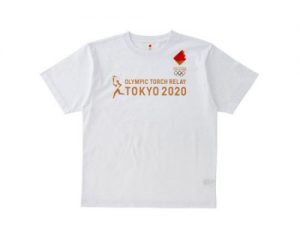 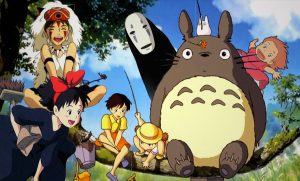 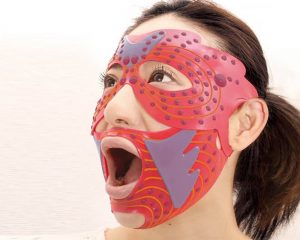