After a teaser a few weeks ago, the official trailer has been released for “Godzilla”, the new American film adaptation of Japan’s most famous monster.

Hollywood has a very bad track record when it comes to adaptations of Japanese pop culture. From “Astro Boy” to “Dragon Ball”, “Street Fighter” and “Super Mario Bros.”, the results are typically embarrassing for all concerned and more often than not, box office bombs. They seem to do better with darker video games or horror films. The “Resident Evil” series has its fans and the first “Silent Hill” film was quite a good horror flick on its own merits, while the remakes of “The Ring” and “Ju-on: The Grudge” weren’t so poorly done. 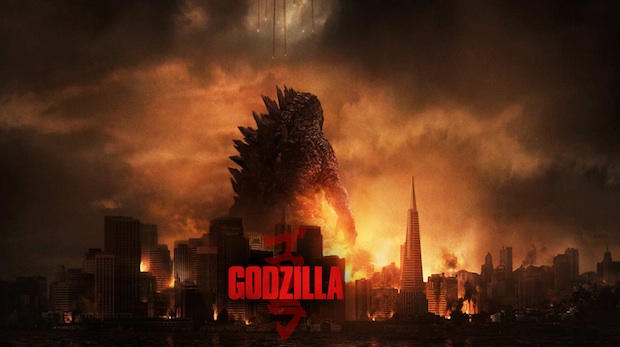 Roland Emmerich previously laid waste to the Godzilla franchise in 1998 with a notoriously cringe-worthy and stupid film adaptation. It was a literally a disaster movie.

In these post-Christopher Nolan days, though, Hollywood blockbusters are darker and grittier, so expect more handheld CGI shots. And if the tone is anything to go by in the trailer, lead actor Bryan Cranston will bring a raw emotion to the film that was utterly lacking in the comedic Emmerich film.

The studio sells its new version of Toho’s monster classic like this:

“An epic rebirth to Toho’s iconic Godzilla, this spectacular adventure, from Warner Bros. Pictures and Legendary Pictures, pits the world’s most famous monster against malevolent creatures who, bolstered by humanity’s scientific arrogance, threaten our very existence.”

It will be released in US theaters on May 16th (in other words, the first blockbuster of the summer season) and will be shown in 3D.

Directed by Gareth Edwards, the man who put a micro budget to very good use in his independent cult hit “Monsters”, this time he is working with $160 million, which must have been a bit of a change. With its distinguished cast of Bryan Cranston, Juliette Binoche, David Strathairn and Sally Hawkins, the film is clearly aiming for serious dramatic elements on top of the special effects. Youngsters get eye candy in the shape of Aaron Taylor-Johnson and Elizabeth Olsen to keep them occupied, while Ken Watanabe flies the Japanese flag for the film.

In the new telling, the A-bomb “tests” in the Pacific were apparently attempts to wipe out the monster. But they failed. And now he is back to wreck havoc on mankind, specifically New York.

After failing so dismally in 1998, we hope Hollywood has learnt its lesson.

What will Japanese audiences make of the new version? Having only moderately flocked to recent Hollywood fare that offered “Japanese” settings like “47 Ronin” and “The Wolverine”, this time the film doesn’t even have that going for it since the action has been transplanted to American soil. Sure, many will be curious what the monster looks like and Ken Watanabe has plenty of local fans, but ultimately the success of the movie in Japan will depend on the quality.