Japan’s netizens are reacting with customary venom to the images of lackadaisical youngsters wearing their clothes like traditional sashes, which may or may not be the latest fashion trend about to explode.

The idea is you take a shirt or some other item of clothing and tie it round your shoulders like tasukigake. 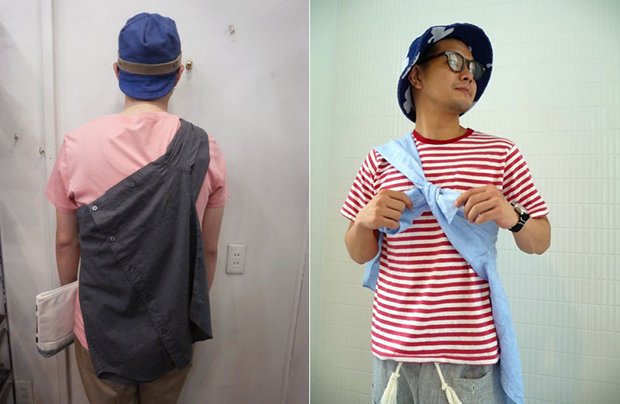 You may have seen actual tasukigake sashes being worn by calligraphers, or in martial arts or samurai dramas. The cord runs diagonally across the back originally to hold up the sleeves of a kimono so that they don’t get in the way while you are doing something (calligraphy, combatting opponents, traditional dancing etc).

Here are some examples of what it looks like. 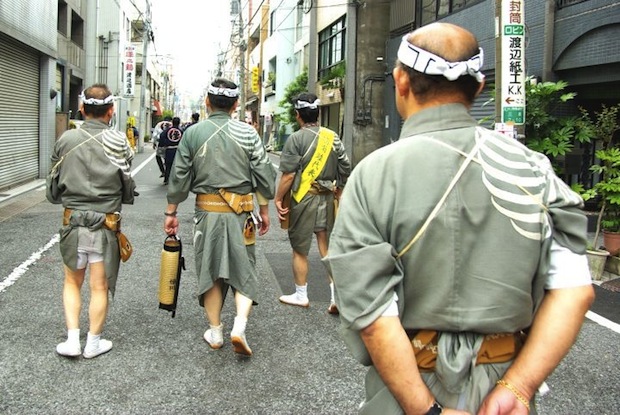 See how the cord can prove practical for kimono-clad warriors (regardless of gender!). 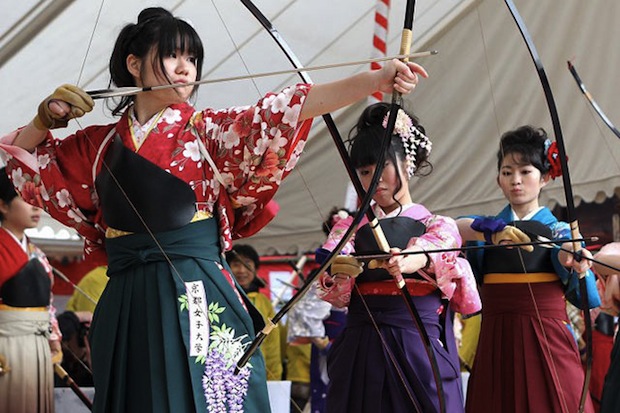 Here is how to tie one. 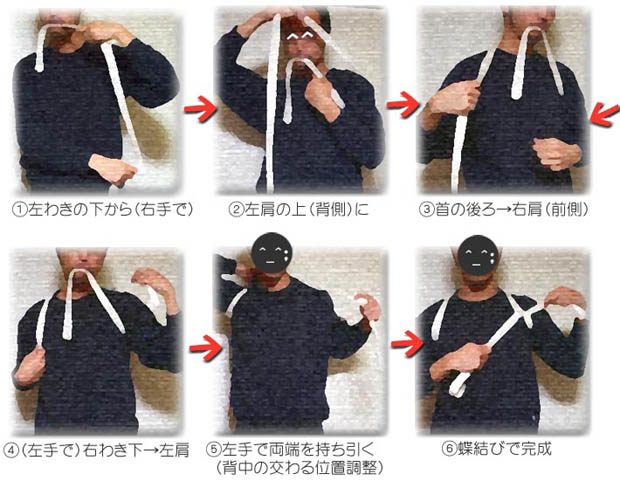 The images that have surfaced showing people creating quasi-tasuigake with shirts or other items have engendered scoffs and ridicule from some online commentators, who argue it is a “pointless” trend that will not catch on. 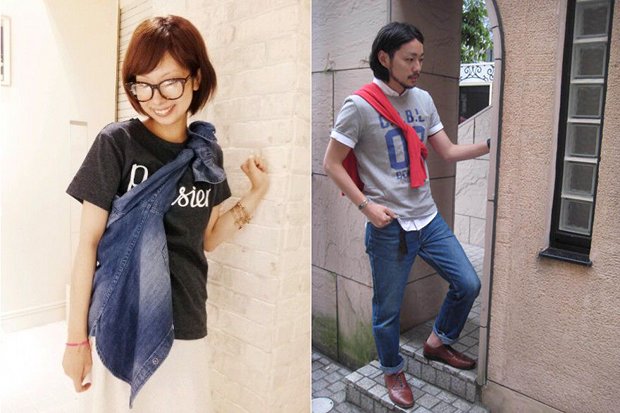 This blogger at least, while hardly being a fashionista, has actually yet to see this “trend” anyway. Has anyone else seen them around Tokyo? (We also have a bit of trouble even seeing a real resemblance between ordinary tasukigake and the “trend”.) 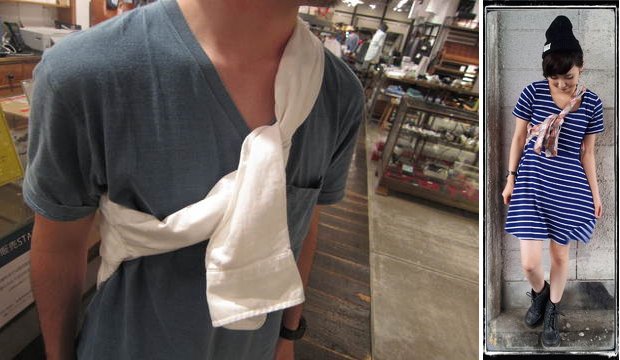 Or is it just another case of much ado about nothing that exists only in the digital sphere?

Update: Thanks to Claire Tanaka for reminding us that tasuki are also the sashes worn by politicians and beauty pageant queens etc. They look much more like these, but the online comments we’ve read (so far) are mostly pointing out that the “fashion” is ridiculous for being like either something out of the “Edo” or “Bubble” era.