At the observatory of Tokyo Skytree, you can get a great view of the city while taking in an exhibition featuring a huge tower of Takara-Tomy’s Plarail railroad toys in a Thomas & Friends theme along with other displays. The event, which has no additional admission fee other than the regular observatory ticket, runs until August 31st.

A life-sized Thomas the Tank Engine steam locomotive has been riding the tracks of the Oigawa Main Line in Shizuoka since 2014, along with a James train. This summer, the service runs until October 9th for a total of 180 times, though tickets have sold out fast. While riding in the carriage, passengers can experience various themed extras such as a Thomas lunchbox and a soundtrack of Thomas music. There is also a replica of the bus character, Bertie, that offers rides concurrently with the trains. This is timed so that the vehicles actually run side by side for some of the route. 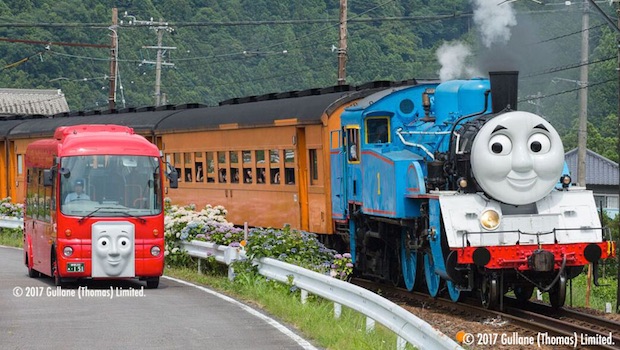 The Japan Times was there to see the press day, where the Fat Controller and school children were also on hand to welcome the start of the locomotives’ new season.

The undoubted highlight is the turntable at the final stop, Senzu, where Thomas and James are rotated just like a scene out of the classic children’s show. The replicas of Percy and Hiro, meanwhile, are content just to watch their colleagues do all the hard work.

Thomas the Tank Engine is so popular in Japan that the makers of the original series added a Japanese train, Hiro, especially with the market in mind. It’s also not just the books, merchandise and TV series. In addition to the Oigawa trains, there are two theme parks: Thomas Land at Fuji-Q Highland (Yamanashi) and Thomas Town Shinmisato at LaLaport (Saitama). 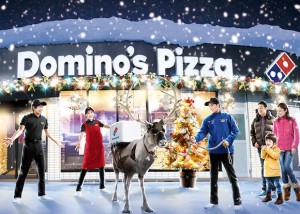 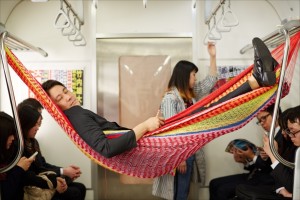 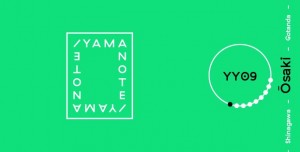