Tokyo has a major new museum in the form of the Sumida Hokusai Museum, which opened on November 22nd in east Tokyo’s Sumida ward.

Designed by Pritzker Prize-winner Kazuyo Sejima (SANAA) with bold use of aluminum panels on the exterior, the museum is dedicated to ukiyoe woodblock print master Katsushika Hokusai (1760-1849), who lived in the local Kamezawa area. Located just 10 minutes from Ryogoku, in the heart of historical Tokyo (Edo), the museum features a basement floor and four floors above ground. 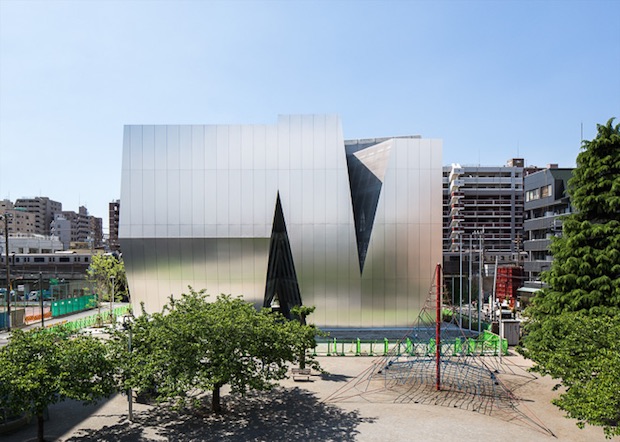 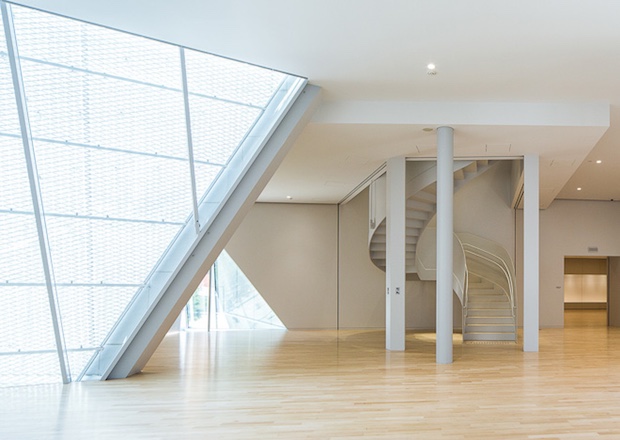 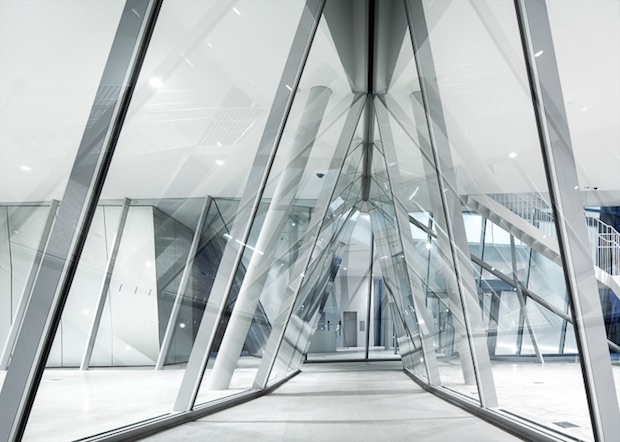 The logo by Kiyoji Takase and Mitsuo Katsui was selected from 1,634 designs.

This logo, which has a sharp and strong form, makes us feel its intensity and energy, as well as conjures up an image of Hokusai’s challenging style seen in his works. On the other hand, arrows of lightning spreading widely and high in the sky represent the philosophy of this museum — disseminating information to the world. This fresh yet dynamic logo is suitable for the museum located in Hokusai’s birthplace. The logo colors are ink black, gray, white and silver. Its main color, ink black, works as a framework in block prints. It brings out other colors with higher intensity, showing its presence.

It is inspired by Rainstorm Beneath the Summit (below), one of Hokusai’s most famous depictions of Mt Fuji in his Thirty-six Views of Mount Fuji series. 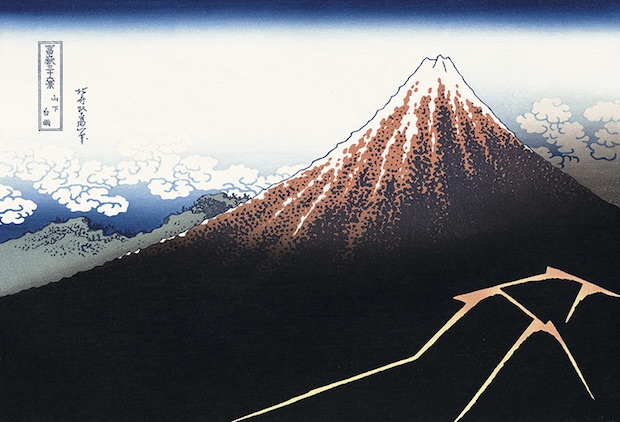 Funded by Sumida ward, the museum’s collection includes around 1,800 items of Hokusai’s work, many of which come from the collection of an American ukiyoe researcher, Peter Morse. The museum will also organize special themed exhibitions regularly, alongside seminars, workshops and lectures.

The redevelopment of the eastern side of the city over the past few years is part of a major tourism and commercial endeavor, which has seen the opening of Tokyo Skytree in Oshiage, the Kengo Kuma-designed tourist information center in Asakusa, and the gentrification of areas such as Bakurocho and Kuramae. Now Sumida is hoping to continue this trend with this major venue, though the original plans for the museum date back to 1989 — long before east Tokyo became “cool”.

Hokusai is best known for The Great Wave off Kanazawa, which was recently chosen to decorate a new Sumida ward car license plate in Japan. 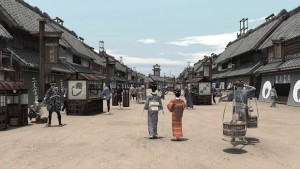 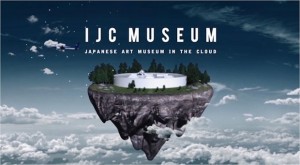