Japan’s long traditions of craftsmanship and so-called monozukuri manifests in the modern age in various ways, from its automobiles to its latte art.

There are some more avenues for that spirit of meticulous technique and commitment to detail that are more maniac than manufacturer, however.

One example of this appeared recently and quickly achieved viral success.

Japanese Twitter user and paper craft enthusiast Haruki (@02ESyRaez4VhR2l) posted some images of what he had created out of boxes for a regular household chocolate biscuit that everyone in the country knows and eats.

He used the royal blue boxes of Bourbon Alfort Mini to produce an incredibly intricate model of an old-style battleship. 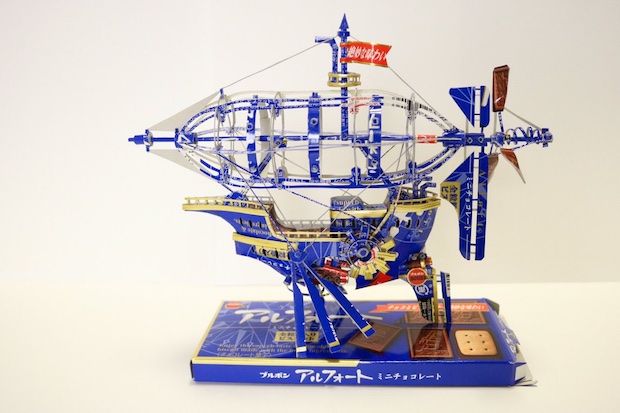 It took him 15 hours, he told people on Twitter, employing four boxes in the process. The choice of a naval galleon is particularly apt given the materials, since Alfort biscuits feature a motif of such a sailing ship on the milk chocolate side. 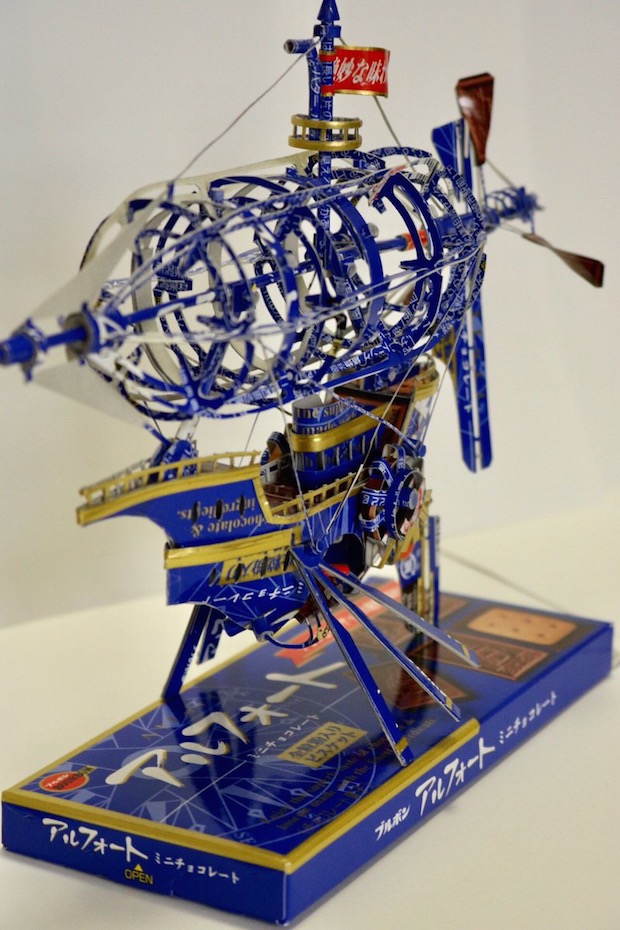 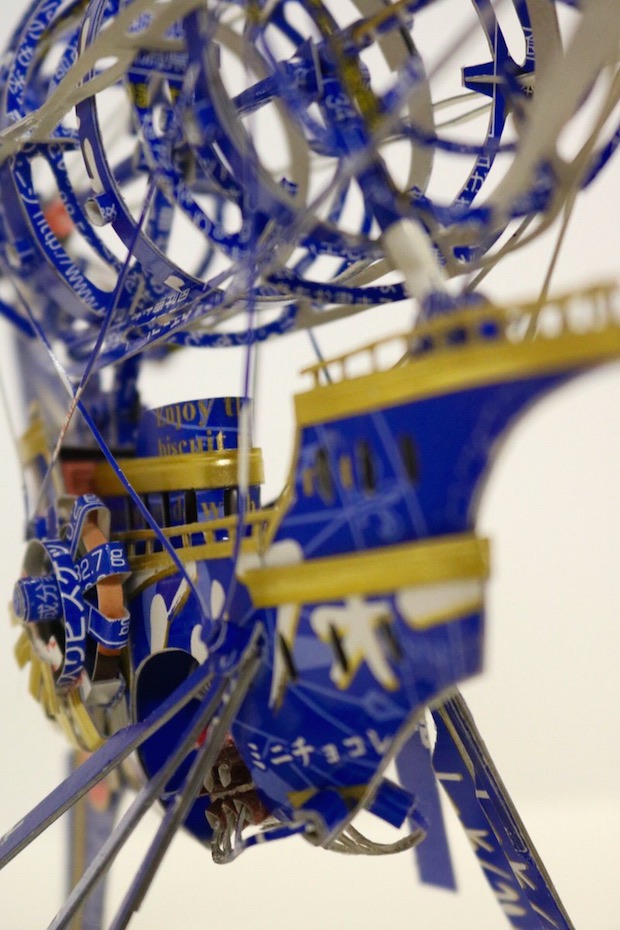 Naturally, this is not a fully realistic ship but seems rather like a vehicle plucked from an anime fantasy world such as One Piece of Laputa: Castle in the Sky. Does it sail or does it fly? It has an integrated airship-style bag structure with a propellor to power the ship forward.

Haruki has created similar models and sculptures out of chocolate boxes before, such as this vintage car and a dragon. 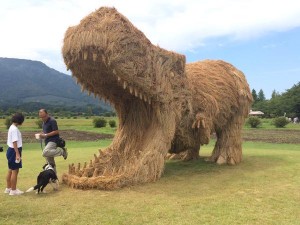 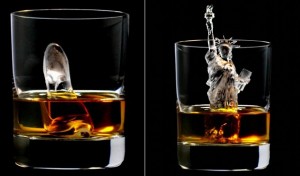