Which is the human? 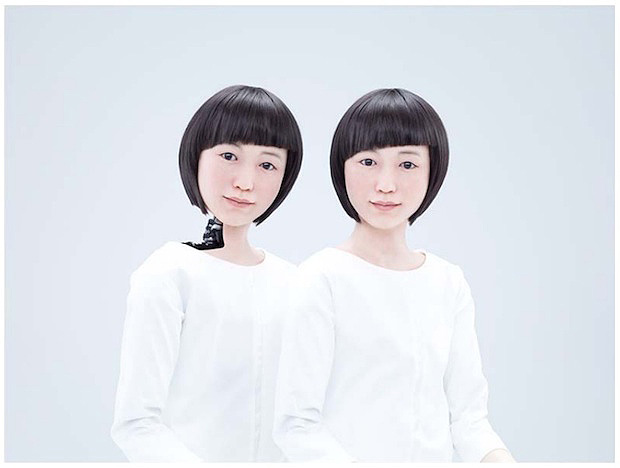 Hot on the heels of SoftBank’s announcement that it would begin selling humanoid robots and even staffing its stores with them, now comes a new exhibition at Miraikai, Tokyo’s premier science museum, showcasing androids.

The interactive exhibition “Android: What is a human?” starts on June 25th and may scare as much as it intrigues, given how we tend to find overly humanoid robots creepy (the so-called “uncanny valley“).

The exhibition has been supervised by none other than Dr. Hiroshi Ishiguro of Osaka University, a scientist who certainly knows how to make a creepy android, as anyone who has seen pictures of him and his doppelgänger robot Geminoid can testify. 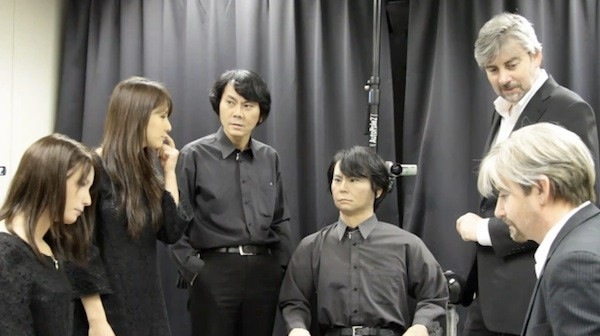 Kodomoroid can be controlled remotely and, though it looks like a child, will take on the role of being an announcer, telling visitors the news and information about the Earth, space and the weather. 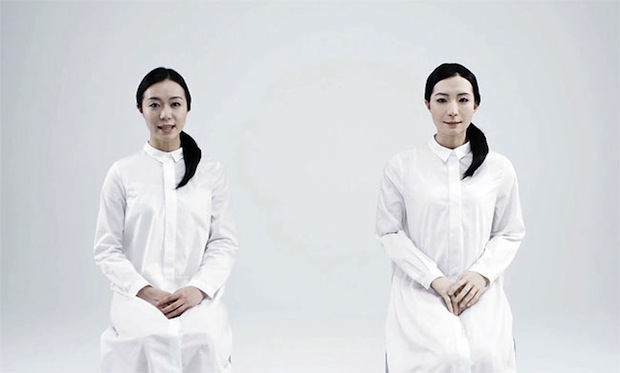 Otonaroid is a female-announcer robot “hired” by the museum as a science guide. It (she?) will start a conversation with you when you come close to it, allowing you to experience what interactive relationships with androids may be like in the future.

Telenoid is already well-known as a robot with a more minimal and ambiguous look. The “teleoperated” android “appears both male and female, both old and young”. What’s more, Ishiguro et al promise that “Telenoid’s soft and pleasant skin texture and small, child-like body size allows one to enjoy hugging and communicating with it easily”. Creepy! 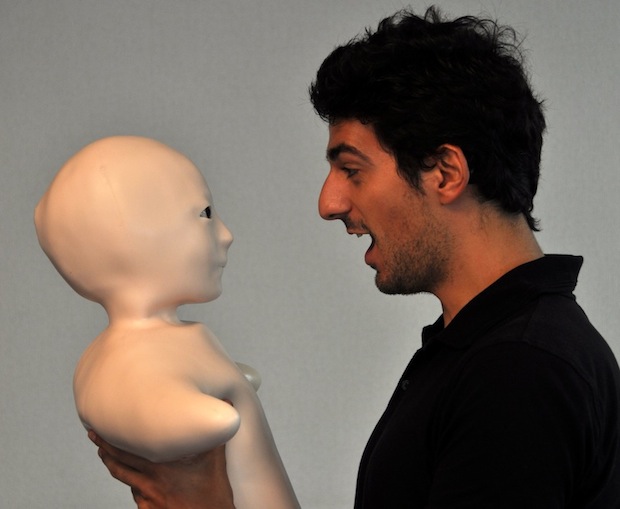 Entry costs ¥620 for adults and a mere ¥210 for kids. The exhibits will become part of Miraikan’s permanent collection.