Recently showcased at an expo in Nagoya, Hirobo‘s new helicopters can travel up to 100km/h (62mph) and fly for 30 minutes at a time.

Hirobo believes the domestic market alone for this kind of technology will grow to 10 billion yen (over $120 million) in 2021. The one-seater chopper is not quite as funky as the James Bond rocket backpack in Thunderball, but it’s getting there.

This kind of mobile technology is obviously very useful for earthquakes and other disasters when you need to send people into dangerous and difficult terrain to look for survivors. Sure, it’s maximum travel time is very short, but this may be vital for delivering supplies of blood, organs or other emergency equipment. 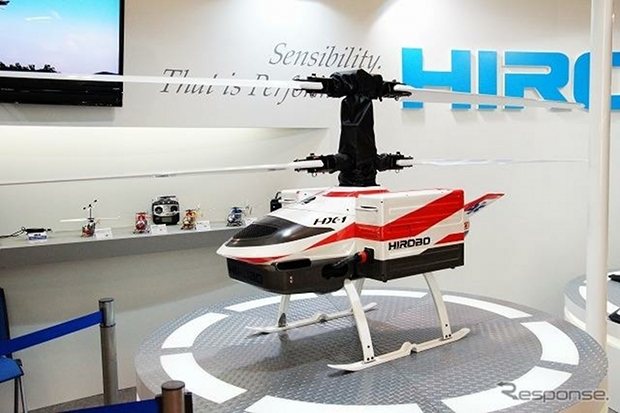 GEN Corporation previously developed the GEN H-4, which they claimed was the world’s smallest manned helicopter.