From traditional instruments to the National Theatre mascot, you’ve never seen Piko Taro done quite like this.

The curiously attired Piko Taro recently returned with a follow-up to his global viral hit of last year, “Pen-Pineapple-Apple-Pen.” However, “PPAP” still continues to inspire imitators.

The latest version to go viral in Japan is “Pen-Nurisampo-Sampo-Pen (PNSP)”, performed by members of the National Theatre of Japan.

This venerable institution is the home for traditional performing arts such as Noh, Kabuki, Gagaku, Buyu, and Bunraku.

Its unique version of “PPAP” features a series of musicians playing the inanely catchy song on such instruments as the shamisen (three-stringed instrument), fue (Japanese flute) and three types of drum (taiko, kotsuzumi, otsuzumi), and sung in a traditional style. 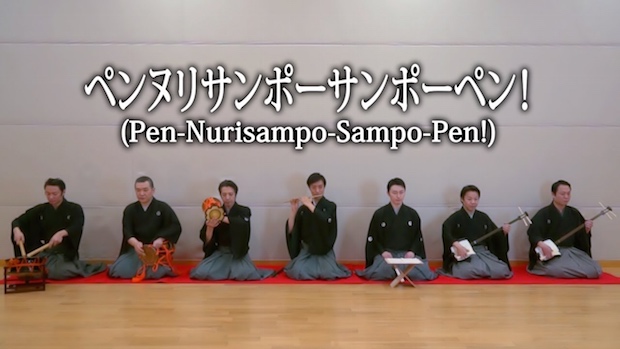 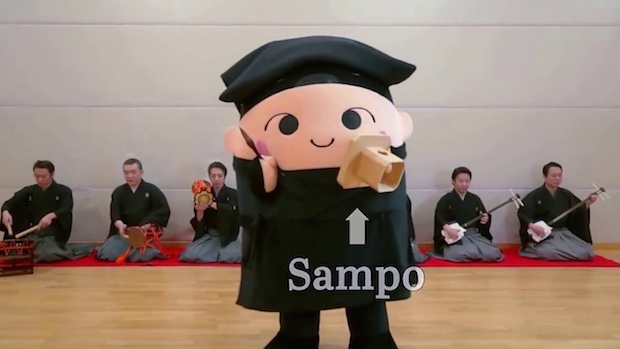 Oh, and Kurogo-chan, the National Theatre mascot, makes a prominent appearance. Kurogo-chan is based on the black-dressed stage hands known as “kurogo” who change scenery during performances.

Specifically, the tweaked name for the song refers to a “sampo” (or sanpo, a wooden stand used in shrines) and a “nurisampo” (lacquered version of the stand), which are props used in the cover.

While it hasn’t quite reached the zenith of the original, “PNSP” has clocked up over 1.6 million views at the time of writing.