The Mori Art Museum opened the current iteration of its “Roppongi Crossing” series of exhibitions. Organized every three years, the exhibition is the largest of its kind in Japan devoted to presenting the latest currents in Japanese contemporary art.

Running until July 10th at the Roppongi venue, “Roppongi Crossing 2016: My Body, Your Voice” focuses on alternative histories as well as images of physicality and gender. There are 20 artists and artist groups represented, selected by curators from Japan, South Korea and Taiwan. 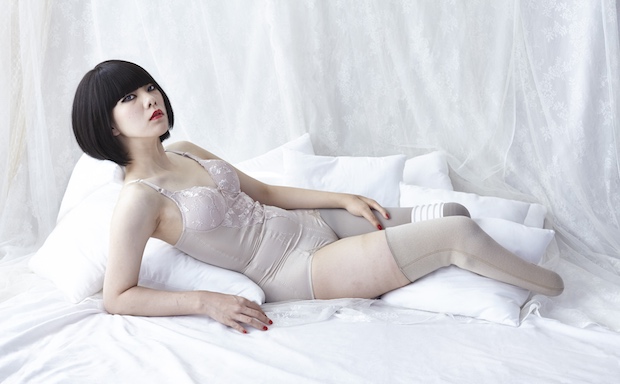 Mari Katayama’s work plays off notions of beauty and disability, boldly placing the artist herself strikingly in the center of the exhibits. 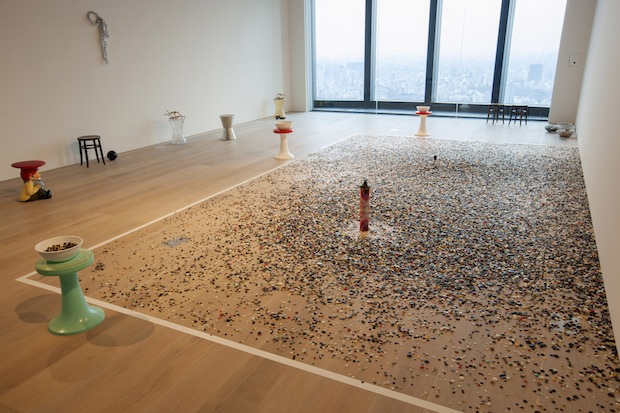 With globalization, the continuing development of IT and the proliferation of SNS platforms, people now more than ever have the ability to communicate with the world as an individual. As well, with increased opportunity for virtual communication via the Internet, there is an inevitable change in self identities and in relationship between the self and others. Thus a review of the variety of existing frameworks in the society as well as the sets of values that until now have been taken for granted is needed.

This exhibition features artists that shine a spotlight on individual events and stories based on their own research — through which alternative histories, images on physical body and gender, as well as landscapes emerge. Who am “I”? How is my body connected to history and to other people? The sense of past and future, of oneself and other people — through art we will explore new relationships between the world and oneself. 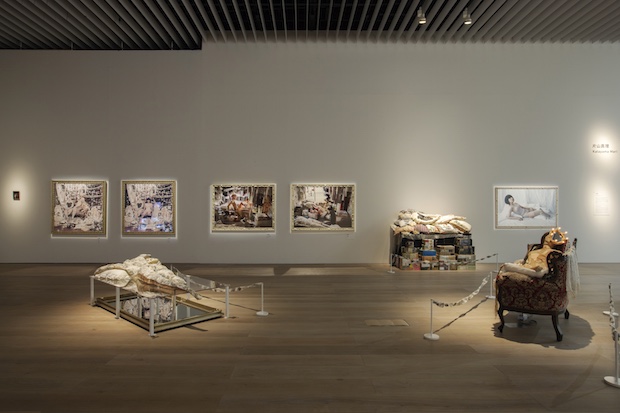 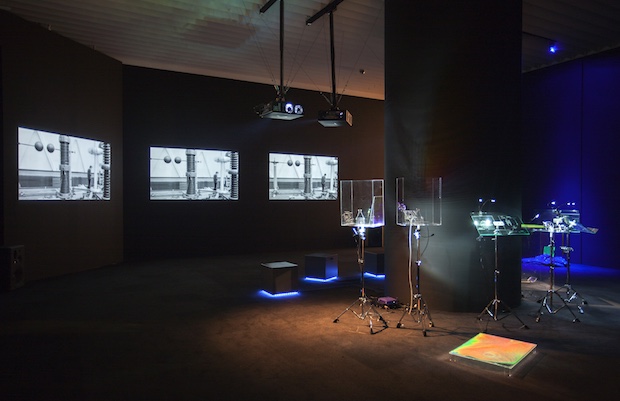 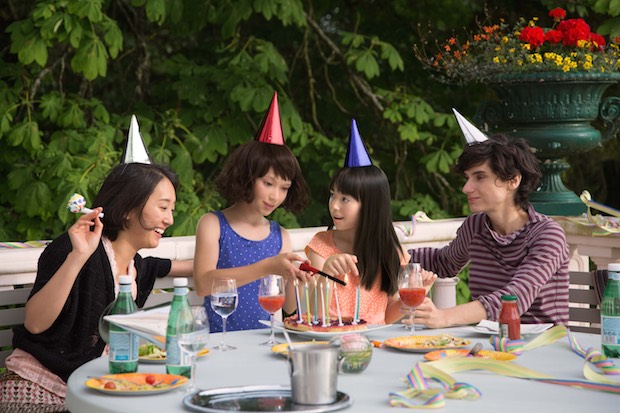 Given that last year was the 70th anniversary of the end of World War II, several of the exhibits dwell on the war and the postwar period. Many of the artists also present work that explores issues of gender and sexuality — a very timely topic in Japan right now.

For example, Ai Hasegawa’s installation explores the scientific and moral possibilities for same-sex couples to have children by “designing” visual versions of the hypothetical offspring, and then creating family portraits. 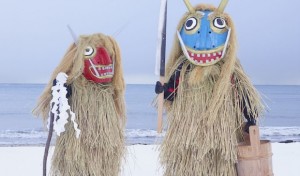