It’s a tough job market out there, especially in the current economic climate, with Japan recently posting a massive trade deficit.

It’s common to have your own website to promote yourself and showcase your skills, especially if you work in the creative industries. 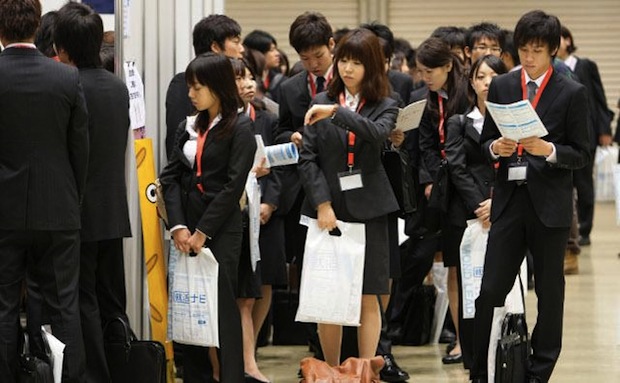 Right now in Tokyo we can see lots of identical-looking young men and women pattering along in their freshly bought black suits to the various corporate halls that are hiring new graduates. These Bambi-eyed whippersnappers will be in their third year of university, hoping to sliding along that well greased channel into immediate (life?) employment after they complete their final accreditations by next April.

This culture is changing slowly. Big companies are now hiring people at other times of the year and gradually having some “blips” on your resume — temping work, some time out traveling — is not the catastrophic stigmata it once was. 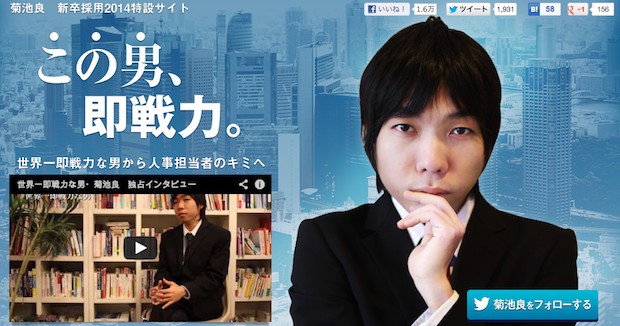 One inventive young gentlemen, Ryo Kikuchi, has come up with a great platform to promote himself. He created this great website called sokusenryoku.me (literally, “adaptable fighting potential” — and the top-level first person domain is surely deliberate!) to exhibit his originality.

And talk about going the extra mile — it’s a kind of exaggerated version of a personal website.

It is obviously partly tongue in cheek but the novel, comic approach itself demonstrates Kikuchi’s flair and imagination… which would surely be useful in many real jobs. 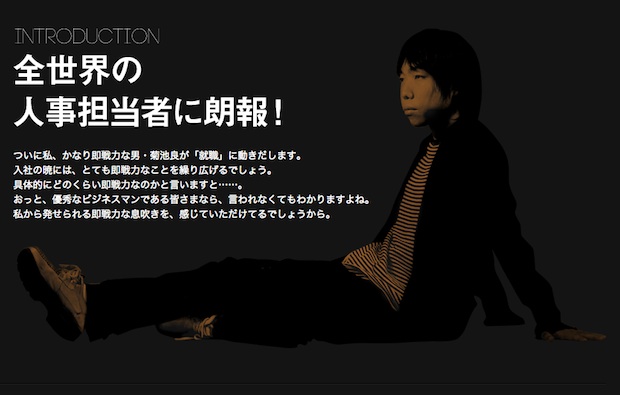 There is even a link to a booking form where you can ask for an interview with him. Check out this “exclusive interview” parody video he made too.

Kikuchi will be graduating in 2014 and we wish him the very best luck in his future career.

Recently Parisian Philippe Dubost’s fake Amazon page also went viral with its innovative style of getting employers interested in hiring him. Prospective buyers were encouraged to “order soon” as there is “only one left in stock”. 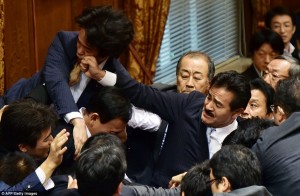 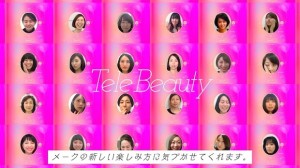