In 2013, Shingeki no Kyojin (Attack on Titan) became no longer just a popular comic book. It has evolved into a social phenomenon which will be remembered as one of the biggest hits of the decade. So far, the manga series by Hajime Isayama has sold over 20 million copies and the anime series has been broadcast on MBS since April. 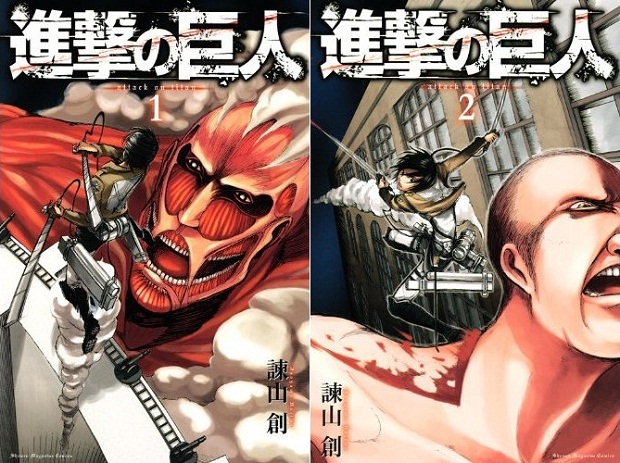 A smash hit in one industry basically means a big business opportunity for non-competitive others. Pizza Hut, for example, has recently launched a new campaign in collaboration with Shingeki no Kyojin.

The campaign is expected to attract millions of fans out there. If you become a Pizza Hut member and order pizza online, you get a chance to be chosen as one of the 32 lucky people to get Shingeki no Kyojin original merchandise: anime scripts and posters with the autographs of voice actors, author-autographed comic sets, and other character-printed goods. Yes, there is really no such thing as free lunch, but they are generous enough to offer some freebies as well.

You can also download two wallpapers, so in case you don’t want to bet for a one-in-a-million chance (unless, of course you simply want some pizza) there is still a way to get some Shingeki no Kyojin goodies. 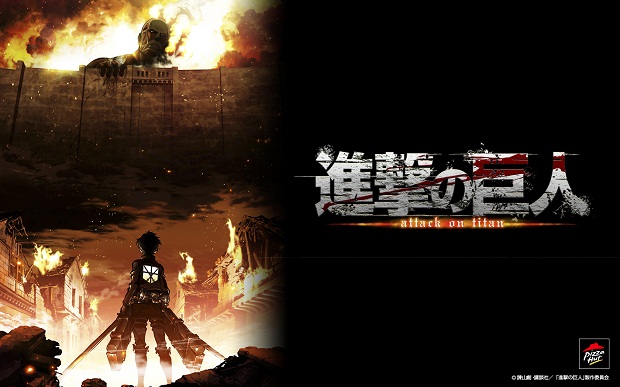 In this version, the Titan is eating a slice of pizza… as opposed to a human. 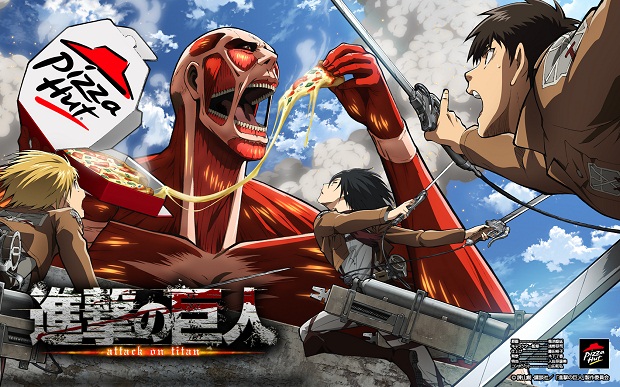 While its story might seem a little complicated due to the number of characters portrayed and the different layers of background stories intertwined, given that a typical reader understands the basic structure of military forces, the plot itself is quite simple. The story is about a battle between humans and Titans — either kill your enemy or they kill (and eat) you.

Since killing is required for a victory on the human side, at first glance there seems to be no other way to win this battle — or in other words, the physical battle looks like the core element of the entertainment in Shingeki no Kyojin. However, there is another aspect: the survival of the fittest within human society as well. As mentioned earlier, understanding the hierarchy of the military depicted in the story reveals the double-layered theme.

The military force is divided into several units, yet only one of them is obliged to go outside the walls — which have served as their only protection against the Titans for a long time — and risk their lives in battles. The protagonist, Eren Jaeger, unlike many other recruits, chooses to enlist in this deadly unit and hopes to wipe out the enemies, even though he knows that he will get a much higher chance of survival in other units.

Shingeki no Kyojin has proved itself to be a great addition to the Japanese graphic literature since it was first published in 2009. Given its popularity, we can look forward to many more spin-offs and promo campaigns.