June 4, 2015 by William
Comments Off on Shiraseru Am: a smartphone-integrated wearable pet behavior and health monitoring device

The Bridge has shared a story about Tokyo-based Anicall developing a wearable device for pets called Shiraseru Am. Literally meaning “notifier”, Shiraseru Am is currently on pre-order via a crowdfunding campaign on the Makuake Japanese platform. 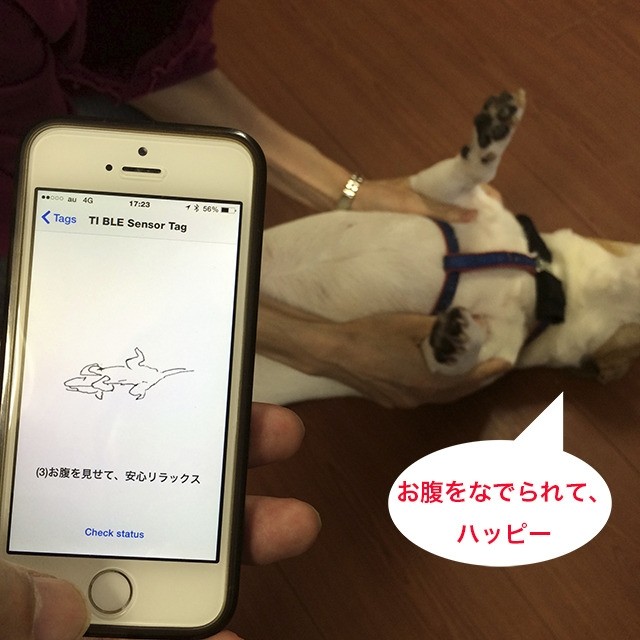 Shiraseru Am informs users of the behavior, feelings, and health status of pets. Integrated with a smartphone app, it will keep pet owners updated on how a pet spends its day at home while the owner is away.

The device stores a pet’s behavioral data in the cloud and lets an owner understand its behavioral patterns via artificial intelligence-based technology. Prior to shipping, Anicall’s team members have been studying cats and dogs to verify behavioral data, while the company’s neuroethologic scientists are conducting behavioral analyses.

We have seen many wearable devices for pets – but Anicall is outstanding because it allows the acquiring of data and verifying of behavioral patterns as a one-stop solution consisting of a mobile app and a wearable device.

Ostensibly aimed at dog-owners, Shiraseru Am uses sensors to monitor the pet and Bluetooth to communicate with the human’s phone. The app then analyzes calorie intake, emotional status, and health. 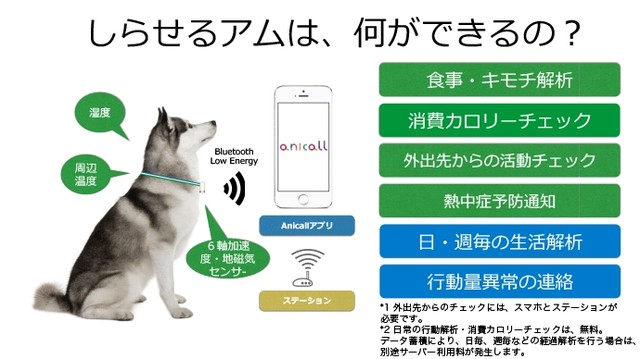 Japan’s pet trends never cease to amuse and amaze, from dog wig vending machines to pet emergency evacuation suits and carry-bags, and even sweatshirts with pouches for snuggling up to your cat.

Mobile integration with many of these trends has never been lacking. We’ve seen several apps and products in the past that work with phones and apps, in much the same way as other health and lifestyle-tracking for humans. Perhaps the most unusual of these was the Bowlingual dog “voice translator” device that was both a standalone toy and an iPhone app. 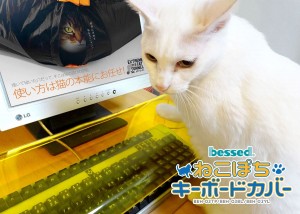 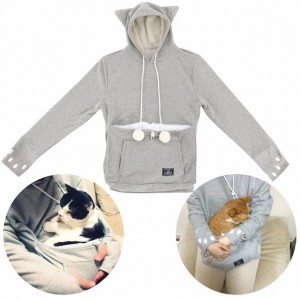 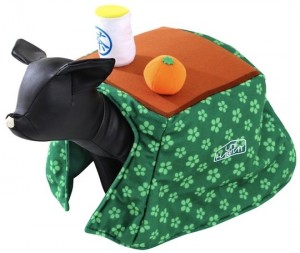