August 7, 2015 by Tokyo Cheapo
Comments Off on The Light of Japan at Meguro Gajoen

This article by Grigoris Miliaresis first appeared on Tokyo Cheapo.

Contrary to popular belief, ceremony halls aren’t a creation of bubble-era Japan and the Meguro Gajoen is the proof. Built in the early days of the turbulent 1930s, when Tokyo was vying against Shanghai for the “Paris of the East” title, Meguro Gajoen quickly turned from a restaurant to a banquet, wedding and general ceremony hall and, despite the advent of much bigger (and much, much tackier—Japan, right?) venues, it remains a very popular choice for all kinds of social functions. 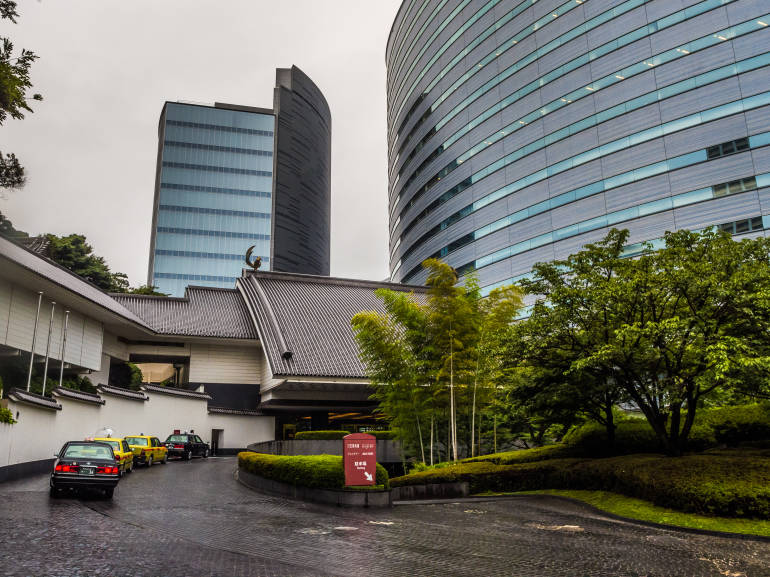 The old Gajoen has been almost completely reformed—the Japanese use this phrase for all kinds of re-construction work but in this case it’s literal. A part of it still remains though and it is a real work of art: It’s the “Yakudan Kaidan” (staircase of a hundred steps—of which, BTW, there are only 99) connecting twelve rooms filled to the brim with art from the pre-war period. Forget everything you know about the refined restraint of classic Japan: the opulence in the woodcarvings, the wall paintings and even the furnishing of the rooms easily compares to that of Renaissance Europe palaces. 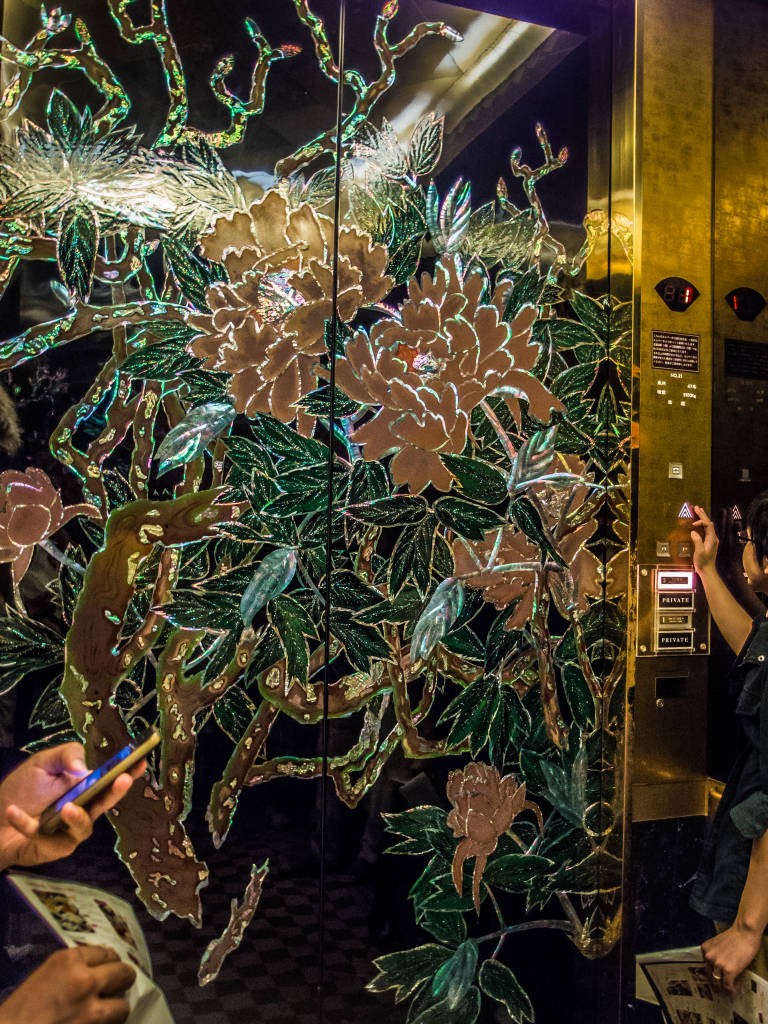 To make things even more spectacular, the Gajoen has staged an exhibition, or to be more accurate, a set of installations in said rooms, all exploring various aspects of the concept of light. The name of the exhibition is “Wa no akari”, which could mean “light of Japan” or “light of harmony” (the Japanese love puns), and it consists of various combinations of light and trademark Japanese objects. Visitors can climb the titular staircase (it isn’t that bad as it sounds—it’s broken down to 10-15 stair segments) and wander to the rooms at its right side to see the various stages of the exhibition. 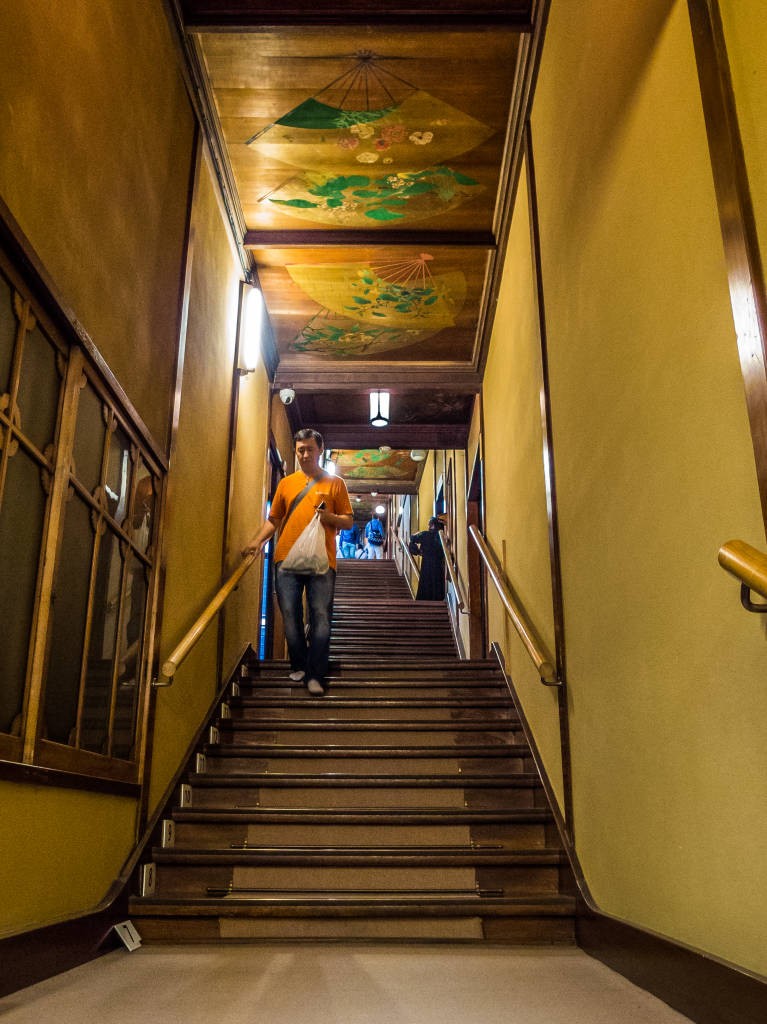 Paper plays a big role in the “Wa no akari” project: in the form of heroic figures from the Aomori Nebuta Festival, of Hokusai ukiyo-e prints or of sculptures and various textures, it is present in almost all rooms and makes the light virtually tangible. Even though some of the installations might seem too modern art-y for such a classic setting (works by contemporary artists alternate with classics from the Early Showa period i.e. the time the Gajoen was built), the overall result is truly amazing and certainly worth the price tag of ¥1,200. Yes it is comparable to a museum ticket and the Gajoen is considerably smaller than many museums in Tokyo (but certainly not all!), but nevertheless the experience is much more moving than what you’d get in most museums. 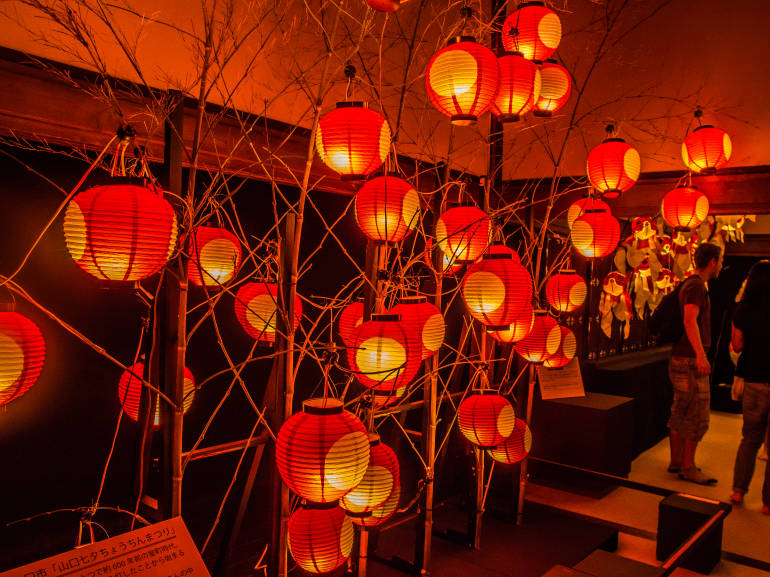 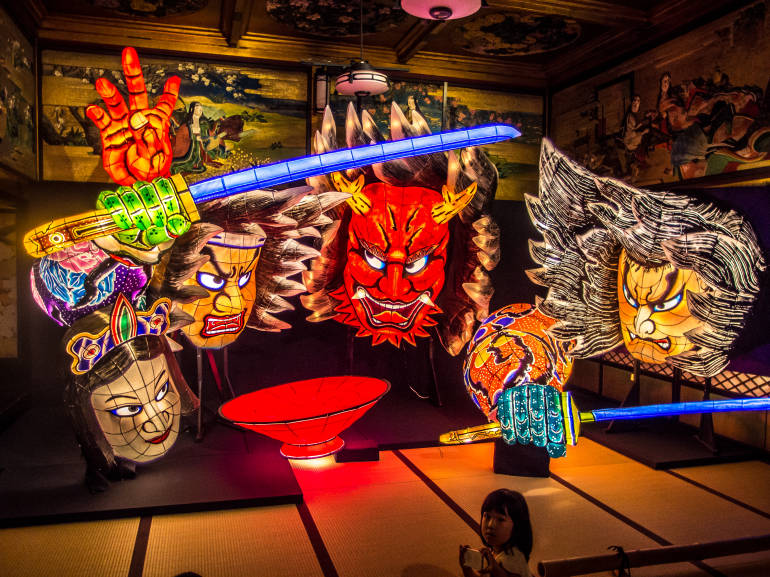 Getting to “Wa no Akari” Exhibition at Meguro Gajoen

The Meguro Gajoen is very close to Meguro Station serving JR’s Yamanote Line, Tokyo Metro’s Namboku Line and Toei’s Mita Line. Exit from the west side, walk a couple of hundred yards, go down a veeeeeery steep slope and you’re there. The good people of the venue, knowing that what goes down must go up have a free satellite mini-bus that will take you from their door to the station so you can avoid seeing the “dark side” of said slope. If you intend to visit though, think fast: the “Wa no akari” will be there only until August 9; after that you’ll only get the standard Gajoen-Hyakudan Kaidan package (itself still very interesting, though).

All photos by Grigoris Miliaresis 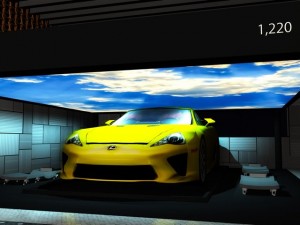