February 15, 2018 by William
Comments Off on Tokyo to construct world’s tallest wooden structure by 2041

You’ve heard the one about the Tower of Babel. But what the 350-meter wooden tower?

The somewhat cryptically named W350 is set to be the tallest wooden structure in the world, standing 350 meters (1m148 feet) when it is completed in Marunouchi, central Tokyo, by 2041.

Paying homage to timber as a sustainable material and one of the hallmarks of traditional Japanese architecture, the wooden tower is the brainchild of Sumitomo Forestry and Nikken Sekkei. In fact, not only will W350 be the world’s tallest wooden structure, it will also outstrip Abeno Harukas in Osaka, which currently holds the crown as Japan’s tallest building.

W350 will stand 70 storeys and commemorate the 350th anniversary of Sumitomo Forestry’s founding. Covering 6,500 square meters and 455,000 square meters in floor space, the tower will host retail outlets, offices, a hotel, and apartments. Though its use of 185,000 cubic meters of timber has been much trumpeted, the building will actually employ a hybrid wood and steel structure. 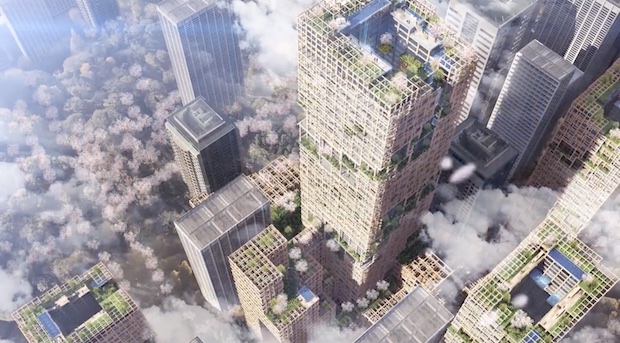 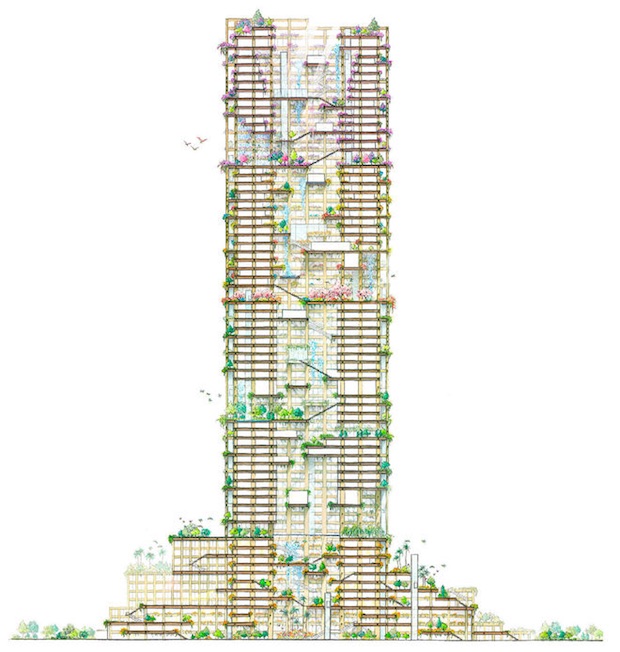 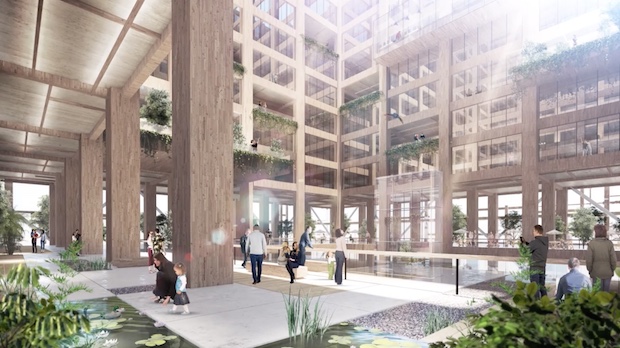 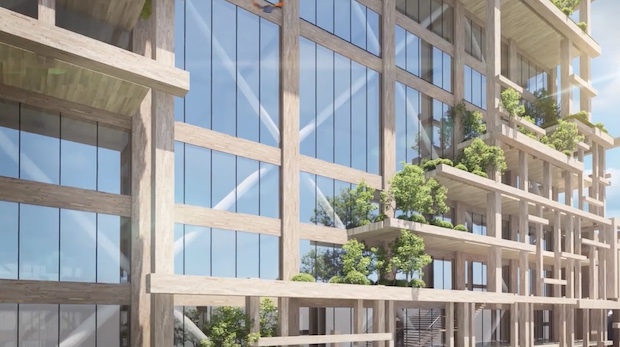 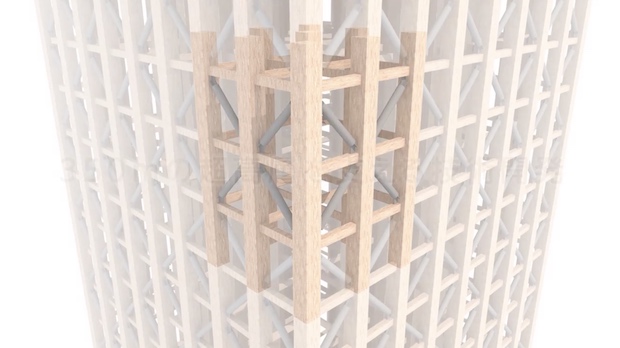 If 350 meters of wood sounds like a fire hazard waiting to happen, especially in a nation as prone to natural disasters as Japan, Sumitomo Foresty claims its technology will ensure the tower will be able to withstand earthquakes and even flames for three hours.

Some are pointing to the development as a countermeasure to the demographic shift in Japan, since wood is a common material for single-family houses that are on the decline, and the over-use of concrete in local construction.

While glass and concrete have dominated the recent towers popping up around the city, not least in Shinjuku and Shibuya, wood is making something of a comeback in Tokyo. Kengo Kuma’s new Yamanote Line station, for example, will use wood, as does his design for the New National Stadium. 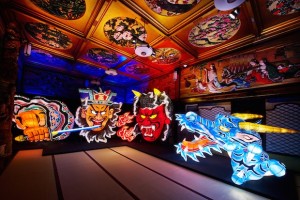 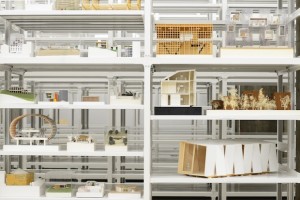