A recruitment campaign ad fronted by a sweet-looking, innocent pop music idol? Only in Japan. 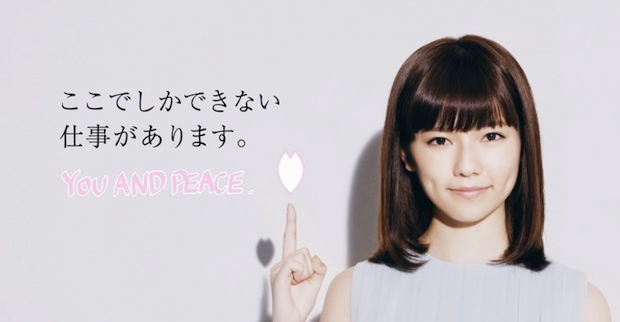 “You and Peace” declares Haruka Shimazaki, the 20-year-old pop singer and member of idol group AKB48, who is the face of a new Self-Defense Forces recruitment commercial.

The SDF has a long history now of using moe motifs and Gravure idols in its recruitment campaigns and other promotional materials. It continues to do this because it increases applications among young men, no doubt charmed by the faux innocence of the visuals.

While this may cause a mixture of amusement, embarrassment or even mild shock to outsiders, this time the stakes are higher. The government is ramming through a change to the law to allow for so-called collective self-defense which lets Japan help defend its allies abroad (as opposed to strictly self-defense of Japan only). It is widely seen as the first step towards changing Japan’s much-lauded pacifist Constitution and has met with mass protests around Japan for weeks now, and even a shocking self-immolation in Shinjuku that was inexplicable ignored by much of the mainstream Japanese media.

Though its budget is larger than many nations with very active militaries and spending was boosted in 2013, Japan’s armed forces are still officially only for “self-defense”. As per the controversial Anpo security treaty, the USA promises to step in help defend Japan in the worst case scenario — hence the continued presence of American bases, especially in Japan. As thanks for hosting the US military, Japan benefits from American protection. Ostensibly its own forces, then, are for wasting money on purchasing equipment and arms it won’t need and to be used in major disasters — the SDF proved itself indispensable during the Tohoku crisis in spring 2011.

The new AKB48 Haruka Shimazaki commercial comes at a Rubicon moment. As the scholar Dexter Thomas lucidly points out in a recent column for Al Jazeera:

We might wonder if a male spokesperson might be a better choice: for example, a member of Exile, a J-pop supergroup of 19 men. They are one of the most successful and recognisable pop groups in Japan, with their own magazine, TV show, and over a dozen chart-topping albums. They regularly appear half-clothed on advertisements and billboards, and represent the pinnacle of mass-market masculinity. Also, Abe clearly has access to them: He invited them to perform at an ASEAN banquet only a few months ago. Wouldn’t an Exile member in fatigues be a great encouragement to get young men to rush to the nearest recruitment centre?

Instead, the aim behind using AKB 48 seems to be an attempt to appeal to a specific male desire to protect “their” women, all while cleverly sidestepping the possibility of danger.

Most countries’ military commercials give a glorified version of military service – bravery, sacrifice, adventure. We see images of men and women holding guns, sitting in tanks, and actually preparing for combat. This commercial does none of that.

Instead, the SDF commercial spends more time on close ups of the pretty girl’s face than anything else. The rest of the shots are mainly dedicated to pictures of young men standing at attention or running with tote bags. The last shot of a uniformed soldier is a smiling man hugging a young girl, with the caption “Disaster Relief”.

In other words, there is no mention of armed combat. The cutesy voiceover tells the viewer that the military is a place that is “like the sky, full of unlimited dreams”. This is no longer a military recruitment spot, this is an invitation to Tokyo Disneyland.

“War without actual war”? Yes, a fantasy for sure but no one is talking about this particular elephant in the room.

Japan’s forces have been participating in United Nations peace-keeping operations abroad for years now and SDF personnel were eventually sent to Iraq to assist the American mission (collective self-defense in all but name). However, essentially the SDF is untested in combat and whatever the saccharine appeal of Haruka Shimazaki, the reality of war is very far removed from the artificial world of idols. Any new recruits may one day soon find themselves having signed up for more than they expected… 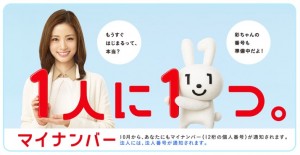 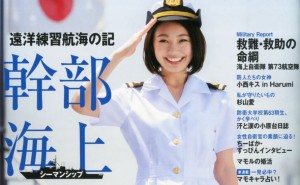 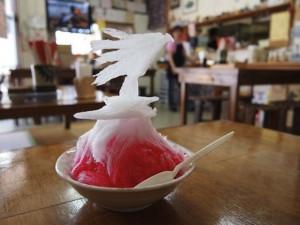