Move over AKB48, Nogizaka46 and all you young ‘uns.

KBG84 hail from clement Kohama Island in Okinawa and bring their long-living charm to their musical numbers.

The name, a pun on AKB48 and all the other sister groups, refers to Kohamajima Ba-chan Gasshodan (Kohamajima grandma chorus). And just like AKB48, they are not actually 48 members. Instead, there currently 33, with an average age of 84. The minimum age is 80, while one of the ladies is an amazing 97. 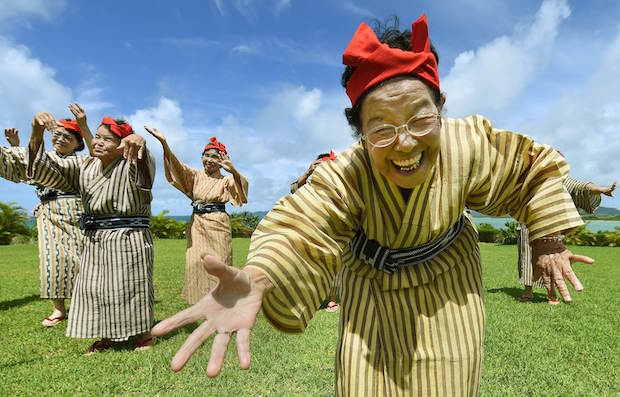 The band’s new song, “Come and Dance, Kohama Island”, may not be as catchy as some of the other singles competing for air play this summer, but we love the simple dance moves and the kimonos.

Apparently the geriatric pop divas traveled all the way up to Tokyo for a concert in June, which was sold out.